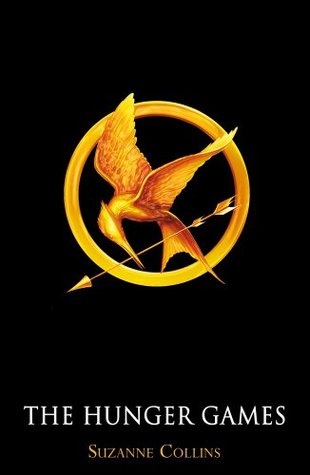 In a dark vision of the near future, twelve boys and twelve girls are forced to appear in a live TV show called the Hunger Games. There is only one rule: kill or be killed.

When sixteen-year-old Katniss Everdeen steps forward to take her sister's place in the games, she sees it as a death sentence. But Katniss has been close to death before. For her, survival is second nature.

May the odds be ever in your favour

I love this book. It's so quick paced and easy to read. I love Katniss. She is the character I connect with most of any books I've read. She's the reluctant hero. She loves her little sister, Prim, more than anything in the world and would do anything for her. She's a survivor.

Katniss had to become the means of food for her family when her father died in a mining accident and her mother went through some serious depression. She had to grow up faster than a normal kid would but she isn't bitter.

She is strong inside and out. She's not afraid to break the rules if she has to. When she volunteered for her sister all she thought was to save her life, not about anything else. It's touching.

I love what she did for Rue, the small, sweet little girl from District 11, how she sang for her and placed all those wildflowers around her. She is caring.

I'm glad I decided to read this book again, it's simply breathtaking and so wonderfully written. I'd recommend this book to anyone. This book will remain one of my favorites forever.