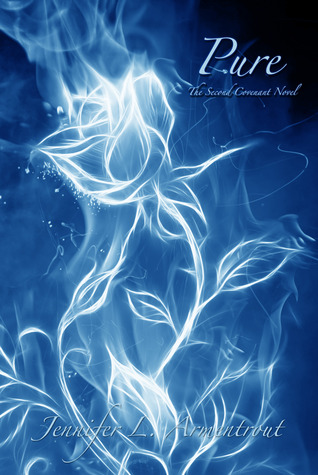 Summary
There is need. And then there is Fate. Being destined to become some kind of supernatural electrical outlet isn't exactly awesome--especially when Alexandria's other half is everywhere she goes. Seth's in her training room, outside her classes, and keeps showing up in her bedroom--so not cool. Their connection does have some benefits, like staving off her nightmares of the tragic showdown with her mother, but it has no effect on what Alex feels for the forbidden, pure-blooded Aiden. Or what he will do--and sacrifice--for her. When daimons infiltrate the Covenants and attack students, the gods send furies--lesser gods determined to eradicate any threat to the Covenants and to the gods, and that includes the Apollyon--and Alex. And if that and hordes of aether-sucking monsters didn't blow bad enough, a mysterious threat seems willing to do anything to neutralize Seth, even if that means forcing Alex into servitude--or killing her. When the gods are involved, some decisions can never, ever be undone.

Where do I even start!? This book just blows the first one right out the water! I thought this series would have to go downhill after the amazing start to the series -Half-Blood- but I was so wrong. This one kicks it off into high gear with more deimon attacks and even on the covenant itself.
But to me it really gets good when they leave for the New York covenant. Alex gets closer to Seth and even decides to give him a chance. I am enjoying this love triangle! In this book though, I'm feeling Seth a little more. Although, I do think he his hiding something major from Alex and I don't like that.

My favorite part was the ending! So much happened and everything is going to Hell. Furies try and kill Alex and Aiden has to stay behind and clean up her mess. I love how the plot flows so flawlessly, nothing drags on too long and every single scene was something I enjoyed.
The characters really grew in this book. Mostly Alex, she is still getting into trouble but I assume she is finally starting to understand her destiny and how it's going to shape her life. She still loves Aiden though and can't seem to let go even though she should.
All in all, this book is amazing and if you enjoyed the first, this one is even better.
Favorite Quotes
“Aw, did you just fall?"
"No." I rolled onto my back, wincing. "I attacked the floor.”
“Ever since I’ve met you, I’ve wanted to break every rule.” Aiden turned away, the muscles in his neck tensing. He sighed. “You’ll become the centre of someone’s world one day. And he’ll be the luckiest son of a bitch on this earth.”
“So...uh, you're a Team Edward kind of guy?'
He snorted. 'No. I'm Team James or Team Tyler's Van, but apparently neither of them won by the look of it. She's still alive.”