June 10, 2015
Waiting on Wednesday is a weekly meme hosted by Breaking the Spine 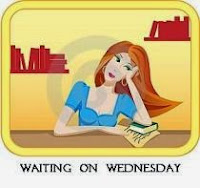 Title: Untitled
Release Date: 2016
Series: A Court of Thorns and Roses
Number in Series: 2
Author: Sarah J. Maas
The book I'm dying to get my hands on isn't even out till next year... it has no name or cover but I just finished the first one two days ago and I still can't get it out of my head. I'll have a review of the first one up this Saturday.