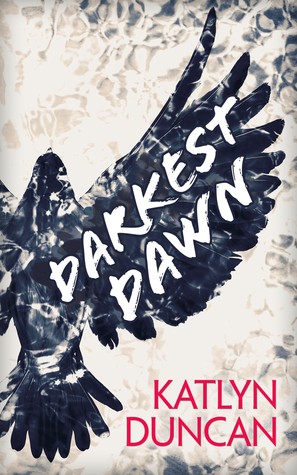 One desperate journey for the truth
Returning to Willows Lake eleven years after her mother’s tragic death, Sloane Baker knows she will finally get the answers she needs! She always suspected that there was something more sinister at the heart of the accident that claimed her mother’s life, but a cryptic note could be the key to her past…
Two lives changed forever
The small town has always seemed safe to Brianna Taylor – until a mysterious new girl arrives who looks exactly like Bri! Now everything Bri knew has been thrown into question and Sloane’s arrival has changed the world of Willows Lake forever.
Strange things are happening in Willows Lake. But when they turn deadly, Bri and Sloane must find a way to save each other or risk losing everything they hold dear…

We start off with Slone. A girl who lost her mother in a car crash a while back. She knows something is off about the whole thing and then when she receives an unsigned letter telling her to come to Williow Lake as the person who sent the note has the answers she seeks.
Sloane sneaks away without her father knowing and gets kissed by a guy who called her Bri. She knows something is wrong and she's not leaving without answers.
Bri is a sweet young girl who's lived in Willow Lake her while life. She's got a few good friends and a boy who wants more than friendship. Then everything changes when she sees a girl with her face. They look like twins. But they actually share a soul. They are the Two. Two halves of a hole.
They decide to work together to figure out the note and the real reason Slone's mother died - Bri's mother as well. The girls get attacked and someone Bri trusts betrays her. This is a good book, a plot twist I didn't see coming. It has some cute clean romance for all the fans romance fans out there.
Sloane is a strong character. She's pretty confident in herself. I really like her. She seemed more like a lone wolf kind of girl and I enjoyed that. She's not scared to stand up for herself. To me she's a better character than Bri. Bri is the sweet little girl. The nice one. The one who lets the bully bug her and tries to be the bigger person. She's careful what she says as to not hurt people's feelings. Bri even goes as far as to be friends with the town's 'weirdo'.
The writing is plain and simple. Nothing fancy, nothing too wordy. Just more to the point. It's not bad writing but I've seen a whole lot better.
Overall, this book was entertaining and a very quick read. If you want something easy to read and fun, go for this book. If you want something with lots of depth, look elsewhere.

a Rafflecopter giveaway
By Carrie Sallie at October 25, 2015