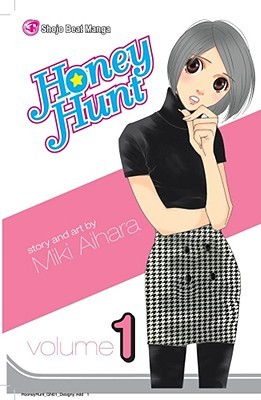 Life's not easy when you're living in the shadow of your famous parents. Can shy Yura, the daughter of an award-winning composer and a world-renowned actress, find the courage to step out on her own now that her super-celebrity parents are getting divorced?
The media is abuzz when word gets out that Yura's mega-famous parents are splitting up. Already accustomed to the daily pressure of being the child of celebrities, Yura's frustration explodes in a rant against her parents--and her heated words end up being broadcast live on national TV! When a powerful talent scout hears her impassioned declaration, he offers to represent her. The door to showbiz is now flung open for this timid wallflower--will she try to become an actress in her own right?

Manga Breakdown
Yura's a high school student with super famous parents. Her mother's an actress and her father is an award winning composer. Her's is a classic case of her parents never being around. Yet her mother won a poll naming her the best mother. Major bull shit right there.

Yura's watching TV with her friend/crush when her mother happens to come home. She tells Yura that they are getting a divorce because her father was caught with his mistress. She also says that they are selling the house the house and that Yura needs to find her own place as she doesn't want her daughter around.

Yura goes to the hotel and stays there - like her mother said - to avoid the media. She gets a text from her crush and goes back to her house, only to find him getting busy with her mother. She leaves the house and says nasty (but true) things about her parents to the press.

Her father's manager; Keiichi offers to let her stay with him as his client. She decides she will do it and become a bigger star than her mother. Only one huge problem... she's not good at public speaking, at all.

She works hard and after failing so many casting calls, she lands one. A really good role, where she'd the lead. In this role, her leading man is a mega famous J-Pop star: Harkua. She will also be working with his twin brother; Q-Ta. Who asked her to marry him when they first met so he could be her father's son. Needless to say, he's a huge fan of  her father.

On the first day at her new acting gig - a photo shoot - her costume gets ruined! But by who? That's where the first volume of Honey Hunt ends, it's a huge cliff hanger to say the least. I've heard of this mangaka before. She's the creator of Hot Gimmick, a manga I have a love/hate relationship with. The art is okay, sometimes it's really pretty and over times it makes me grimace.

The story, I've been told is similar to Skip Beat, which I have never read. I didn't mind this manga, I will read the next one because I'm simply wondering who ruined her outfit. I will warn anyone who wants to read this manga, it's been on hiatus since 2009... I believe. So I doubt it will ever be completed.