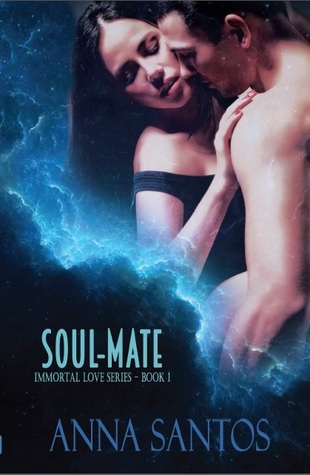 Annabel is a bad-ass hybrid hunter, seeking revenge from the vampire who killed her parents and put her brother in a coma. Arriving in a new town with an undercover identity to protect and the mission to find a pureblood vampire to save her brother’s life, the last thing Annabel needs is to fall in love with the sexy, persistent werewolf who thinks she’s a helpless human in need of a knight in shining armor.

Shane is a dominant werewolf who also happens to be the local sheriff. He has almost lost hope of finding his better half. So when his beautiful soul-mate shows up and rogue vampires try to kill her, he does what any smart wolf would do: he saves her and takes her home, hoping to convince her that they belong together.

When sparks fly between them, Annabel has to decide if she tells him who she really is or runs the other way to protect her secrets.


Mini Book Breakdown
So I saw that the author was offering this for read and review, I was like dkwkdoskdjossmdhis
A new adult paranormal romance! Oh I just had to read this! I was not disappointed at all! This story is wonderfully written. The characters are flushed out perfectly. The world that this author created seems believable which is hard in some cases with paranormal settings. The romance is sexy and sweet. There is strong action scenes and Annabel can really hold her own. Not a damsel in distress.
And Shane... oh Shane. I don't even know what to say about him. He's pretty much perfect.
All in all, a fantastic book! Get this and you'll love it. Just be warned it is a romance novel. 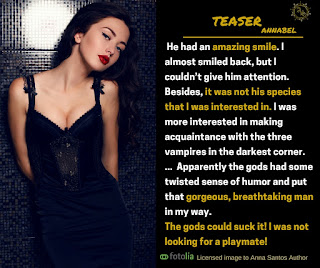 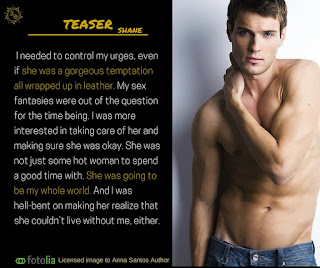