May 04, 2016
Faithfully Shattered by Nicole Minuck 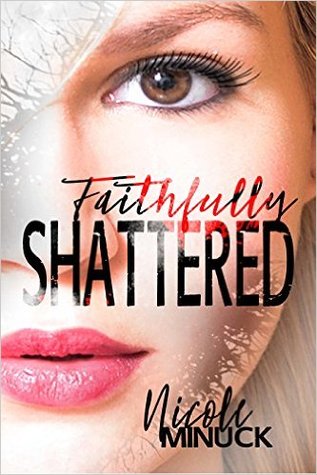 When a car accident takes the lives of her parents and spares her, Adalyn Weaver is devastated, depressed and wanting nothing more than to join her parents. Just as she’s on the brink of letting everything go Luca Brooks shows up taking an interest in Adalyn and making it his mission to help her heal. Just as Adalyn begins to get her life on track her house is ransacked by a group of people looking for her father’s research regarding a secret project he was working on just before he died and they’re willing to kill for it. Adalyn finds out that the death of her parents may have not been an accident at all and Luca may be the key to what happened that night but the truth may destroy them both.

Adalyn Weaver has lost her parents and the will to live really. She wants nothing more than to join her family. She even tried once to join them but then Luca shows up. He helps her heal, though there is some serious stuff going on that she knows nothing about. This books builds slowly, but that's actually a good thing because we actually get to know the characters and by the time the really good stuff kicks in we can just enjoy the ride.
Adalyn to me, doesn't start out as a very strong character but I think she really develops through this novel and that is something I love to see! Character building. And The author here does a great job with her. I also really like the lycan aspect of this book. I wasn't expecting it at all! A wonderful surprise!
There is a few minor editing issues but they are easily over looked as they are minor I take no stars away for that. There is a cliffhanger though so he prepared for that! You're going to love this book!
*I was gifted this book in exchange for an honest review*