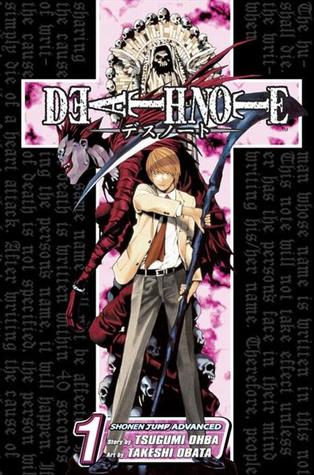 Light Yagami is an ace student with great prospects - and he's bored out of his mind. But all that changes when he finds the Death Note, a notebook dropped by a rogue Shinigami, a death god. Any human whose name is written in the notebook dies, and now Light has vowed to use the power of the Death Note to rid the world of evil. But when criminals begin dropping dead, the authorities send the legendary detective L to track down the killer. With L hot on his heels, will Light lose sight of his noble goal...or his life?
Boredom
Light tests the boundaries of the Death Note's powers as L and the police begin to close in. Luckily Light's father is the head of the Japanese National Police Agency and leaves vital information about the case lying around the house. With access to his father's files, Light can keep one step ahead of the authorities. But who is the strange man following him, and how can Light guard against enemies whose names he doesn't know?
Manga Breakdown
Light is a genius student who longs to be a police officer like his father. Life has gotten boring for him and out of nowhere a black notebook falls from the sky right into the school yard. It catches his eye and naturally he goes to check it out after class. It's a Death Note. He thinks it's some kind of joke.... but is it?
“The name of the human who is written in this note shall die.”
After thinking about it long and hard as well as reading all the rules, he uses the Death Note. It's less than a week when Ryuk -a shinigami- appears to Light explaining it's his notebook but once Light claimed it, it now belongs to the human who got it till they die.
The more Light uses it the more the world catches on, even nicknaming him Kira - meaning killer. Light promises to only kill those who deserve to die but since when does he have the right to choose that? So in enters L, the world's greatest detective, who wants to stop Kira from murdering people. Light thinks he's helping the world, making it a good place to live where he will one day rule it like a God.
“Start looking around you... and all you see are people the world would be better off without.”
Things turn bad for Light though when L pulls a stunt and finds out that Kira lives in Japan. Light's not too worried as his father is chief of police and he can hack into their database and get their info. He's more worried about hiding the Death Note so no one ever finds it. If his family were to find and touch it... he'd have to kill them.
Meanwhile, almost every NPA member quits, too fearful of Kira. L is fine with this though and even thought so much that it would happen. Light finds out that he's now being followed by a strange man and pulls a huge scheme to get the man's name. Light must have a name and face to kill with the Death Note. This is when Ryuk tells Light about the eyes. If Light had them, all he'd have to do is simply look at the man and he'd see his name. The only thing, it would cost half of Light's remaining lifespan, Light says no. Wanting to live a long life as God of the world he is making.
“I AM RIGHTEOUS!! I'm the hero who's liberating people from fear. I'm the savior who's going to be like a god of this perfect new world!”
This volume ends with everything going Light's way, even getting the name of the FBI agent who was following him. There is no way any of this can come back to bite him in the ass..... right? Read volume two to find out!
“Exactly as planned!”
This is one of my favorite manga and anime. I remember find it back in 2009 and I saw in love. I looked up everything, I even owned the live action Japanese movies. If you seriously haven't read this manga or seen the anime. You need too! It's do different from anything else I've ever seen. A masterpiece! 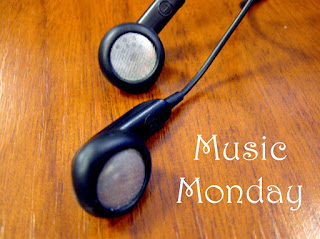 Music Monday is a weekly meme hosted by Lauren over at Always Me. The point of this meme is every Monday you share two of your favorite songs from the past week. So here are the songs I've been listening to this week.

I've been reading City of Ashes and I love this song, it fits so nicely with the book. Probably because it was actually written about the series. I love it, this song moves me. That sounds stupid but it does.

This is such a cute song. I am so glad SM released an English version. It's so nice. It's just a fun simply song about dancing. Which is actually kind of funny that Tiffany is singing it as she isn't the dancer of the group haha.