Alright everyone, how are you all? I hope your lives are going well. I've been so busy I've no idea what to do with myself. Work has been hard, pulling more hours than I should... but anyway I finally got a manga read and I miss Manga Monday, I know they aren't popular but I don't do this for popularity, I do this because I love it. If I didn't love it, I'd have quit by now. So let's jump into the manga for this week! 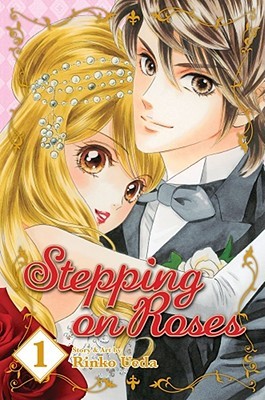 A rags-to-riches romance from the creator of Tail of the Moon ! Poor Sumi Kitamura… Her irresponsible older brother Eisuke keeps bringing home orphans for her to take care of even though they can barely afford their own basic needs! Just when Sumi's financial problems become dire, wealthy Soichiro Ashida enters her life with a bizarre proposition--he'll provide her with the money she so desperately needs if she agrees to marry him. But can Sumi pull off fooling high society into thinking she's a proper lady? Moreover, is it worth it to give everything up for this sham of a marriage?
Manga Breakdown
Sumi's a poor girl trying to take care of lots of kids. None of which are hers. They are just homeless children her brother brings home in dreams of one day using them as workers for a business. Though her brother is useless, spending far too much time and all the money gambling. Which means, there is hardly any food and they are in extreme debt.
They are about to be thrown out when Sumi decides she will sell herself for money. A handsome man takes her up on her offer and next thing she knows, she's being taken to a huge fancy Western style house.
Soichro says she can have all the money she wants but she has to be his wife and never ever fall in love with him. She once again agrees to for the good of the children. Besides, she has fallen for her savior's friend anyway.
Then Sumi gets 'lady' lessons, where she is taught how to act as a proper lady in high class for Soichiro even though he can be a huge asshat. At least now she doesn't have to worry about the children getting food.

Nozomu (the guy Sumi really likes) has invited her and her husband over to his house for a high class party. Will she be loyal to Soichro? Will her secret be spilled? We have to read volume two to find out!

This manga us such a cute little romantic comedy. It makes me smile and laugh and even if I'm in a bad mood, I can pick this up and it still makes me happy. I think it's a nice blend of drama, romance, and comedy. Though it's looking like there maybe a love triangle... yeah. I know that bothers some of you guys but I actually like them... yes I'm the weird one out there. I'm okay with it. Who wants to be normal anyway? No fun.

So I fully recommend this series if you like cute little romantic dramas and anyone that wants a light read. Also the art is really stunning.