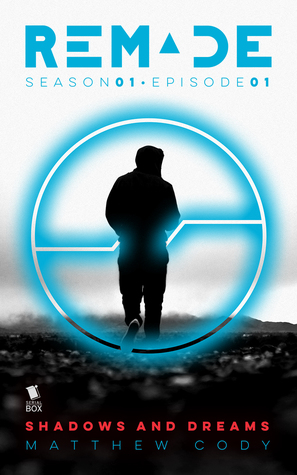 You live. You love. You die. Now RUN. ReMade.

Awakened in a post-apocalyptic world and hunted by mechanical horrors, these teens search for answers amidst the ruins of civilization. Fate, love, and loyalty face off in this adrenaline -pumping YA adventure.

ReMade will unfold across 15 episodes. "Shadows and Dreams" is the first episode.

Holden Black never imagined his crush knew his name, much less that he’d suddenly be driving her to a party. But life can change in a second, especially when you’re 16. A look. A flash of headlights. A scream. What do you do when the unexpected jumps straight to the unbelievable, the dream becomes a nightmare, and waking changes everything except your heart’s desire?

This episode written by Matthew Cody.


Episode Breakdown
This is my first time ever reading a serial and I was really intrigued, I had to try this. The plot also sounded like it was really up my ally and so I read it. It's weird having to wait a week to jump into the book again, but it's actually a bad weird. It's really just like a TV show, which is pretty cool.
So this episode follows Holden. The nerdy, cute, shy guy who just wants to get the popular girl. Even going so far as to join a play just to be near her. After the play, Holden finds her stuck in her car. It won't start. He offers to give her a ride to the after party, even though he was not planning to go at all. On the way to the after party, they end up in a head on collision. They don't make it through.
Holden wakes up to mechanical type things poking him with needles but he goes back to sleep when a women injects him with something else. Next time he wakes up, he finds he's in a place he's never been. He fears the worst. After getting out and going through some weird stuff, he finds the girl. Things get more crazy from there. The woman who put him to sleep tell him he's in space and has to take an elevator to get down to Earth.
They see a mechanical spider rip a young boy into pieces. This is not the life they had before and it's clear to them now. He gets no answers at all except that the woman helping them is somehow not human.
What is going on? How can they fix it? Can it even be fixed?
This is actually pretty cool, it's weird how it just cuts off so quickly and how I got no answers as to what is going on at all. I feel so lost and I hope to get more answers in the future episodes. The writing is easy to follow and pretty standard. It's just so different to treat a book like a TV show. I like it. It's something new.