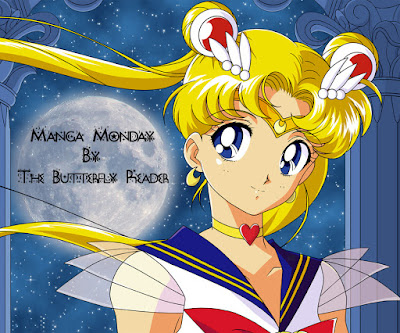 So another Monday, another manga review, because I love manga. Honestly, I don't care much for American comics at all. Which is why I don't review any on my blog. But I'm such a fan of anything Japanese that of course I would love their comics as well. 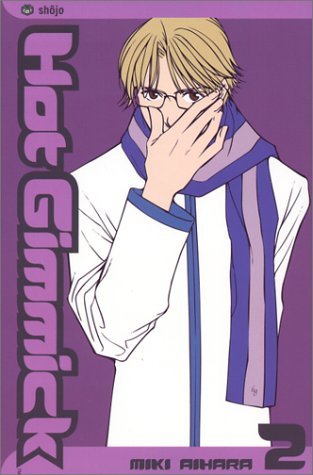 When high school girl Hatsumi has to go buy a pregnancy test because her popular sister Akane is 'late,' who does she run into but her creepy bully neighbour Ryoki. And now he's blackmailing her to become his slave! How will mild-mannered Hatsumi get out of this mess? Will Hatsumi's childhood crush (and male model) Azusa be able to save her from Ryoki's clutches? Our heroine Hatsumi is on Cloud 9 when male model and childhood buddy Azusa asks her to be his girlfriend, but all is not as well as it seems: Hatsumi still has to get out from under the creepy clutches of her 'master' Ryoki, who insists on continuing to blackmail her. In addition, on the night of her first date with Azusa, Hatsumi's dad intervenes and grounds her. But that may not be the worst of it for poor Hatsumi, because something's brewing with Azusa, and her knight in shining armour may not be what he seems.

First off I want to say that the relationship in here is very bad. No one should want the kind of relationship. Any young girls who read this, please do not look for this kind of guy or even this kind of girl. Just don't seek this kind of horrid relationship. That being said, I treat this as just another story and that's how I'm going to review it.

Azusa seems like the knight in shinning armor. He's saved Hatsumi before from the awful Ryoki, when they were kids. Is he back to save her again? To sweep her off her feet? Hell no. He's back for his own needs. Revenge.

He acts sweet though, saving her from some model bullies and then 'confessing' his feelings and kissing her. They enter into a relationship. The next day, Ryoki kicks in her in the ass, seriously no joke. He kicks her and gets mad that she didn't come over to his penthouse.

Azusa saves her though and tells Ryoki to leave Hatsumi alone as they are dating now. Drama happens. After school she goes out with her bratty sister and she fills Hatsumi with doubt and then when Ryoki gets her, he tells her he saw Azusa with a woman who was all over him. She starts to feel bad about herself.

It's all taken care of though because Azusa gives her a phone and tells her it was nothing. So it was all for nothing and Azusa was a nice guy again... until he tells Ryoki that he has plans for Hatsumi. They aren't good plans.

Ryoki tells Hatsumi to break up with her boyfriend and then tries to force himself on her... again. Though her dad sees them pressed against the wall and grounds her. Her tells her to stay away from that boy.

But Azusa wants to go out on a date with her. She tells him she will sneak out no matter what. She joins him at a party with his friends... where he slips her drugs... her brother ends up savings her though.

She ends up getting out of there safe only to see Ryoki on the stairs... she ends up passing out on him and he takes advantage... he leaves a hicky on her chest. What a damn pig!

We find out that Hatsumi's brother, is not her blood brother. Also, he's in love with her too. Seems like everyone loves her. Azusa tells her brother that he is going to use Hatsumi and to stay out of it or he'd tell Hatsumi about him.

Hatsumi gets to go to the company's big sell and here is where Azusa texts her, saying he wants to be with her. She is going to try and run to him when she's grabbed by Ryoki, who says, he wants to fuck her right now.

I don't know why I keep reading this... I don't approve of it, it's not like it's anything amazing. I just can't help to keep going on. I do not recommend it at all.