ReMade 1.4 - The Most Dangerous Game - Review 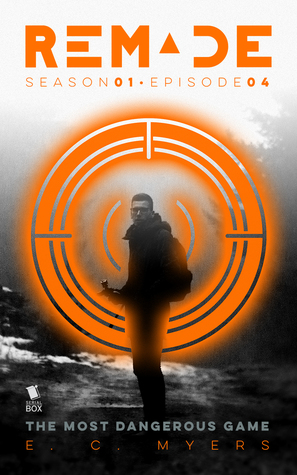 You live. You love. You die. Now RUN. ReMade.
Every minute, 108 people die.
On October 14th, 2016, from 9:31-9:32 p.m. EDT, 23 of those deaths will be teenagers.
Now they are humanity’s last hope for survival.
Awakened in a post-apocalyptic world and hunted by mechanical horrors, these teens search for answers amidst the ruins of civilization. Fate, love, and loyalty face off in this adrenaline -pumping YA adventure.
ReMade will unfold across 15 episodes. "The Most Dangerous Game" is the fourth episode.
Respawning in an unfamiliar place with no resources, weapons, or fuel sounds like a gamer’s nightmare – and Loki knows a thing or two about those. As the group tries to navigate finding food, creating shelter, and staying calm in a jungle with killer robots, he can’t help but wish for a reset button that takes him back – though he knows more than anyone that his life hasn’t been great for the last several checkpoints. When a new predator begins to stalk the survivors he sees his chance to prove himself in the real world, but he’s pretty sure he’s already used his one life in this game.
Episode Breakdown
Loki is a gamer. Well, Loki was his gamer name. His real name is Omri. The real world is not very nice to Omri even more so after his best friend turned against him because of gay rumors between them. His ex best friend has now taken it upon himself to make Omri's life a living hell. He bullies Omri with pictures on Instagram until Omri kills himself with his father's gun.

In the jungle, the tiger that hurt Cole last episode, needs to be stopped as Loki saw it come closer to their 'camp' and decides he's going to do it. He gathers a group of people willing to help and they decide to build a trap.

Loki while looking for things to help, finds a gun but tells no one. He thinks it's best to keep it himself as he's had gun training. I see this ending badly in a future episode. I really do.

Something goes wrong and they have to  use Gabe as bait. They do get the tiger, but Gabe gets hurt in the process....

We still don't get any more answers and it's really driving me insane. I need some answers soon or I will begin to lose interest.

*This copy was given to me in exchange for my honest review. Thanks NetGalley!*