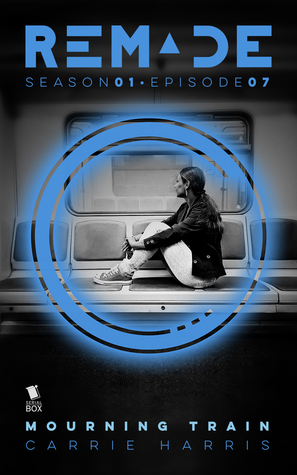 You live. You love. You Die. Now RUN. ReMade is a thrilling sci-fi adventure that will take readers past the boundaries of time, space, and even death.

This is the 7th episode of ReMade, a 15-episode serial from Serial Box Publishing. This episode was written by Carrie Harris.

Converging on the mysterious train, the survivors make their hasty getaway after the horrific caretaker attack and greet new faces while counting those lost. But with a wild landscape streaming past and no idea where they are headed, the question quickly becomes: who is driving?

ReMade Season One: In one moment the lives of twenty-three teenagers are forever changed, and it’s not just because they all happen to die. “ReMade” in a world they barely recognize – one with robots, space elevators, and unchecked jungle – they must work together to survive. They came from different places, backgrounds, and families, and now they might be the last people on earth. Lost meets The Maze Runner in exciting serial adventure.

Serial Breakdown
This one follows Nevaeh again, same cancer story this time bad so much more tragic by the mother that killed her. I'm all for new age stuff but not at the cost of killing your child. Her mother should've listened to the Doctors.
Nevaeh is still way too nice, it's sweet and she's pretty much May's counterpart, she's really caring and I do love that but I hate how she let Loki treat her, so I was glad when she did slap him. I get that he's going through a lot but still, no need to be mean to someone who is just trying to help.
Nothing really happens in this one other than finding the cab of the train and Loki shooting the caretaker that was driving the train. I see this ending very badly, as does most of their choices though so this is nothing new. For a group that has some really smart people, they are all pretty damn dumb. So far this is my least favorite episode, while I love Nevaeh, this episode was just pretty boring.
*I got this for free in exchange for an honest review from NetGalley*