The Before Now and After Then - Review (Diverse Reads) 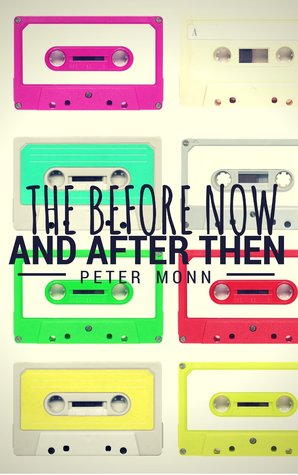 Danny Goldstein has always lived in the shadow of his identical, twin brother Sam. But when a hurricane of events forces him into the spotlight, he starts to realize that the only thing he’s truly afraid of is himself.

With the help of his costume changing friend Cher, a famous gay uncle with a mysterious past of his own, two aging punk rocker parents and Rusty, the boy who will become his something to live for, Danny begins to realize that the music of the heart is truly the soundtrack for living.


Book Breakdown
OMG you guys! This book is everything I've been looking for to fulfill LGBT needs!  It's a cute, heartbreaking, and eye opening kind of novel.
It's all about a guy trying to find out who he is after the death of his twin. It's about his family coming to terms with the death of their son and their other son being gay. It's about Danny finding this first love and first true friend. It's about his growing up in such a short period of time. It's about loss and love. It even had bullies. This novel kind of has everything except vampires... ha ha.
It's utterly wonderful! I loved watching the journey and Danny finding himself. I also thought it was also a great thing for Danny to be fine with his sexuality. Most LGBT books are about the person coming out and dealing with all that kind of stuff. This one isn't, Danny is gay, and he's already totally fine with it.
This book actually has one of my favorite quotes ever, it also hits home all of my problems about some authors and how they write their LGBT characters.
"You bring me books and movies so I can relate to these characters who I don't feel like I have anything in common with other than we're all gay. You want me to talk to Alex because you think he can teach me secret gay ways to the world.Why can't I just be some guy who happens to like other guys?" - Location 1513 (Kindle Version)
That ladies and gentlemen is the perfect thing I've ever read. I dislike that a lot of authors make LGBT characters that if you take away that character's sexuality, they vanish. They are nothing more than their sexuality. Which is not a real thing. We are and always will be more than just our sexuality. So I was glad to see this. Because this is how it really works.
I love that is you take away the fact that Danny is gay, he's still a real person. It's the same for me, if you took the fact that I'm bi sexual away, I'm still a person. My sexuality is not all of who I am, it's just a part of who I am.
The writing is fast and fun. I read this book at work and it was easy to follow while getting interrupted so many times. Also I could just see Peter's personality coming out during this book. I think that made it ever better for me.
This is such a needed book that I hope everyone reads it.