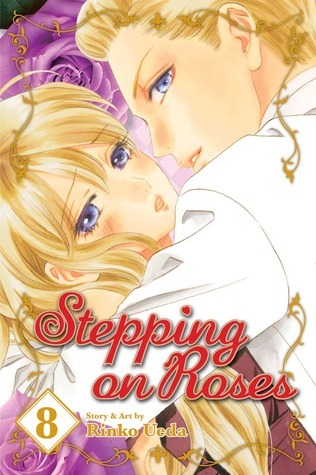 A rags-to-riches romance from the creator of Tail

Poor Sumi Kitamura… Her irresponsible older brother Eisuke keeps bringing home orphans for her to take care of even though they can barely afford their own basic needs! Just when Sumi's financial problems become dire, wealthy Soichiro Ashida enters her life with a bizarre proposition: he'll provide her with the money she so desperately needs if she agrees to marry him. But can Sumi fool high society into thinking she's a proper lady? Moreover, is it worth giving up everything for this sham of a marriage?

Sumi asks Nozomu to stop buying the land where she and Soichiro currently reside, and he agrees on one condition—Sumi has to leave Soichiro and become his wife instead! Faced with the possibility of eviction, Sumi must decide whether she’ll live in poverty with Soichiro or take Nozomu up on his offer…
Manga Breakdown
This one picks right up where the last volume left off. Nozomu tells Sumi he won't sell her land if she will marry him. She refuses and tries to make some money on her own but she ends up having to take his offer when Soichiro falls ill and no one will help him.

So she sells herself... again. High Society hates Sumi after she yells at Soichiro that she doesn't want want him because he's poor now. Soichiro is so heartbroken and Nozomu is a creep for jsut how freaky he is. After the party Nozomu throws, he take Sumi back to Soichiro's old house and is planning to 'make love' to her there. Really it's rape, he's just too twisted to see that she doesn't want him.

So Sumi tells him that he can't touch her till everything is settled and he divorces Miu. So he goes there the next day and demands she sign the papers, bribing her with lots of money.

Miu decided to visit Sumi and tells her that she can never forgive her what she's done unless she jumps off a cliff. Sumi jumps and then tells Miu not to divorce Nozomu if she truly loves him. Miu says he won't sign those papers and now Sumi is safe in at least a sexual regard.

Sumi on a drive through town gets a glimpse of how hard Soichiro's working and her heart longs to have him back. So the next day she makes some rice balls, Nozomu gets some so that it doesn't make him question her true motives.

Sumi gets sent to a women's part, where she befriends a small child because no one else will talk to her. Helping that child turned out to be a great thing for Nozomu. He lands his business deal and Sumi gets Soichiro's old employees back and ask them to help her get Ashida Produtcts back into the true owners hands....