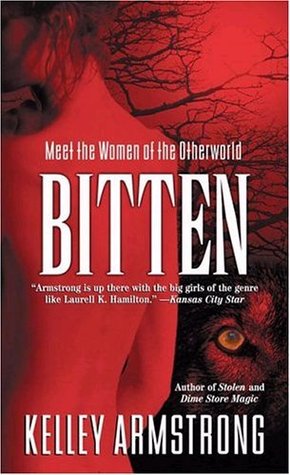 Elena Michaels is the world’s only female werewolf. And she’s tired of it. Tired of a life spent hiding and protecting, a life where her most important job is hunting down rogue werewolves. Tired of a world that not only accepts the worst in her–her temper, her violence–but requires it. Worst of all, she realizes she’s growing content with that life, with being that person.
So she left the Pack and returned to Toronto where she’s trying to live as a human. When the Pack leader calls asking for her help fighting a sudden uprising, she only agrees because she owes him. Once this is over, she’ll be squared with the Pack and free to live life as a human. Which is what she wants. Really.
Book Breakdown
I've been reading more 'adult' books lately because of all the crap happening with YA and this is one I've been wanting to read for a while. I love the TV and when I found it it's based on this book. I had to grab a copy and I am glad I did!
This book follows Elena, a werewolf, the only female werewolf, who was not bitten by choice. She doesn't like what she is now and instead tries to fight against it. Moving away from Stonehaven and into the big city. Her life in Toronto is what she thinks she wants, Philip, being the man she thinks she wants. This novel is all about Elena coming to terms with herself after a decade of being bitten. It's also got a pretty bang up plot. Mutts trying to take over the pack and the pack has to stop them.
I love the take on werewolves in this novel. They don't change every full moon and aren't some creepy half human half wolf thing when they change. They turn into real wolves and they are so badass. I've been missing some good paranormal reads and this sure filled me with happiness to read.
I will say that the book does skip over the fighting scenes a bit... it was better in the show but that is my opinion. I love Clay in the book as much as I do in the show and Elena is still badass and I loved getting inside her head. Everything moved so fast that I would read four chapters without even thinking about it. All in all, I did enjoy this novel a lot and can't wait to get the next one in my hands!

Favorite Quotes
1) “You forget, darling.
I am the local psychopath.”
2) “Are you the welcoming committee? Or has Jeremy finally chained you up to the front gate where you belong?"