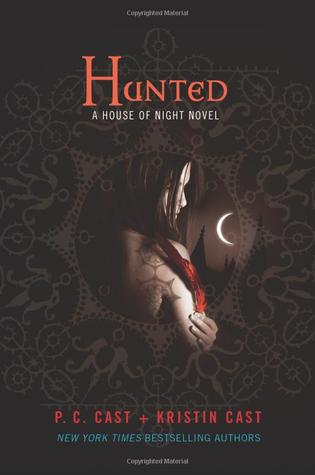 What if the hottest guy in the world was hiding a nameless evil, and all he wanted was you? At the start of this heart-pounding new installment of the bestselling House of Night series, Zoey’s friends have her back again and Stevie Rae and the red fledglings aren’t Neferet’s secrets any longer. But an unexpected danger has emerged. Neferet guards her powerful new consort, Kalona, and no one at the House of Night seems to understand the threat he poses. Kalona looks gorgeous, and he has the House of Night under his spell. A past life holds the key to breaking his rapidly spreading influence, but what if this past life shows Zoey secrets she doesn’t want to hear and truths she can’t face?
Book Breakdown
So the Nerd Herd is now underground and hiding away from Kalona. Aphrodite and Stevie-Rae have imprinted, Stark is an evil rapist, and Erik went from sweet guy to way too possessive. Not to mention that Kalona can reach Zoey in her dreams... so lots of drama. Nothing is ever slow in these books. Very fact paced and I enjoy that.
Most of this book is spent trying to figure out a way to get rid of Kalona. When is easier said than done when Zoey's very soul calls out to him. She was made for him. Finally, they do figure out a way to banish him from Tulsa but it doesn't get rid of him completely. So while they get a small break from now... the real battle is only just beginning...
So my biggest gripe with these books is all the damn dudes that are in love with Zoey. She's got like 3-4 in here and I just don't get it. I mean I like her and all but there is no way that every freaking dude is going to want her. That's not how it works. It also seems a bit sluttish to me, the way she runs around kissing them all and leading some of them on. Also, I'm starting to think the guys in here have self esteem issues... why else would they allow to girl to treat them that way?
Erik also seems to have flipped 180, he was so nice in the first book and now... it's like the authors needed to get rid of one guy and kind of made him an asshat. Was he always this way and I just missed the signs?
All in all, I did enjoy this novel and can't wait to read the rest so I can finally move on to Loved.