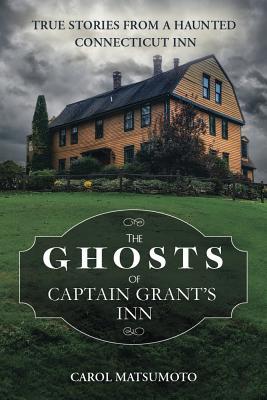 This is the story of the saints and spirits that helped Carol Matsumoto buy and renovate a stately home that had fallen into disrepair, turning it into a successful bed and breakfast. As Carol began the laborious process of renovating a historic Connecticut home, originally built by Captain William Grant in 1754, it became clear to her that the miracles and messages she received were coming from helpers beyond this world. Once the bed and breakfast opened, the evidence for paranormal activity became overwhelming. When a guest of the inn used dowsing rods to communicate with the spirits, a whole new chapter began, with Carol learning the backstory and desires of the twelve spirits who call the inn home.
Mini Book Breakdown
This books follows the story of how Captain Grant's came to be and the spirits that live there. It's cool to see this woman's journey as she went through this long process. It was also nice to see how she connected with the spirits and how it changed her views on things. I loved hearing about the things the spirits would do to the guests that stayed at her Bed and Breakfast.
I'd never heard about the Gathering before and the war with that the spirits that is going to come soon. It was also nice to see a different version of hell. Not hot and burning but a cold, alone place with no God there at all. No other humans, no contact. That sounds worse to me than burning forever. Being trapped in darkness with no love around you. It would drive one insane I think.
I love how simple the author writes and how easy it is to follow her though all this. She starts way back to the experience she had as a child. So you really get to glimpse her life and how she has been in tune with things even before she knew it herself. Wonderful read. I enjoyed it very much. If you like ghosts, then you'll love this!
*Thanks to NetGalley for giving me this copy in exchange for an honest review*