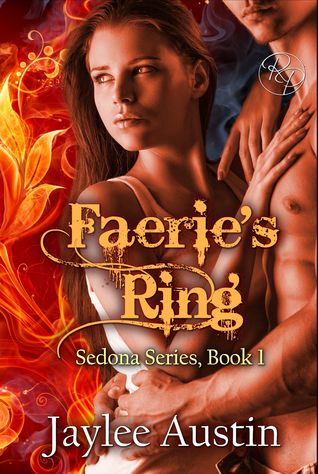 A fallen demon invades Lara Clint’s beloved city of Sedona and a strange voice calls for her to awaken to her destiny. A demon catcher, she is summoned to capture and reignite the flame of the iris, stolen by the son of Vobris, God of Light. Ironically, her own secret binds her to the demon.
Rafe Avery, a sidhe warrior and protector of dreams, is challenged to remove the black rose of darkness and help the one chosen to replace the white iris. Time has run out. The gates of Elysium and the magic portals will close to humankind, leaving them to the mercy and control of the revenge-seeking demon.
A hot attraction ignites between the human and fae as they struggle to accomplish their goals. Lara’s secret threatens to destroy all their lives. Is Rafe’s love strong enough to break evil bonds and bring the darkness to justice?
Mini Book Breakdown
I received this book in exchange for an honest review.
I've been looking for a good paranormal romance and I was so happy when I found this one! It's just what I was looking for! Great plot that isn't the same old same old and it has a hot male lead. What more could I ask for? Oh, there is awesome banter between the two characters that reminds me a lot of JLA and I simply love it. The female lead is also someone I found myself rooting for, not the kind that made me roll my eyes.
I also love the cover, I know, I'm THAT person. The one who likes the cheesy covers that most other don't. Well, I don't care what anyone thinks, I like it so it had a huge part in drawing me in. If the cover is keeping you from reading this novel, I say don't. The story is really good, don't miss out on it just because of the cover. As the old saying goes 'don't judge a book by it's cover'

When Gia Montgomery's boyfriend, Bradley, dumps her in the parking lot of her high school prom, she has to think fast. After all, she'd been telling her friends about him for months now. This was supposed to be the night she proved he existed. So when she sees a cute guy waiting to pick up his sister, she enlists his help. The task is simple: be her fill-in boyfriend—two hours, zero commitment, a few white lies. After that, she can win back the real Bradley.
The problem is that days after prom, it's not the real Bradley she's thinking about, but the stand-in. The one whose name she doesn't even know. But tracking him down doesn't mean they're done faking a relationship. Gia owes him a favor and his sister intends to see that he collects: his ex-girlfriend's graduation party—three hours, zero commitment, a few white lies.
Just when Gia begins to wonder if she could turn her fake boyfriend into a real one, Bradley comes waltzing back into her life, exposing her lie, and threatening to destroy her friendships and her new-found relationship.
Mini Book Breakdown
I feel like I could say this about every Kasie West book I've read but here we go again: it's cute and sweet. Full of fluff and those feel good moments that I have been in need of so much as this month as been hard on me. The writing is fun and nothing hard to understand, just a simple sweet read that will make you feel good when you flip the last page. What more could anyone ask for?
Now, I do like the character development in this one more than any of her other books. I like that Gia goes from pretty much a brat that does nothing but keeps the peace to a girl who can think for herself and stands up for what she wants and thinks is right. Also Hayden is so adorable, an ass for what he did to her near the end but I still like him. Hey, no one is perfect, no matter what they claim.
I also really loved Bec, she was probably my favorite character and I hope Jules dies in a fire with the rest of her 'friends'