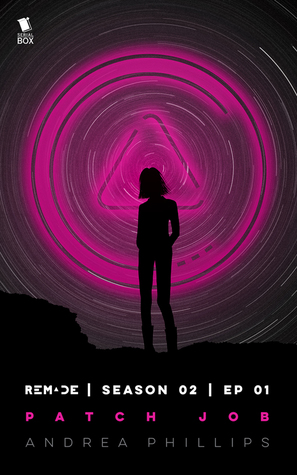 This is the 1st episode in the second season of ReMade, a 14-episode serial from Serial Box Publishing. This episode was written by Andrea Phillips.
You live. You love. You die. Now RUN.
A figure from the group’s past reappears, bringing up some serious questions about their remade lives. Is anything they thought they knew true? Can caretakers ever be good? And, most important, who can they trust?
One moment proved fateful for a group of teenagers—and not just because it’s the moment they all happened to die. At the moment of their deaths, they were snatched forward into the future and remade in a world they hardly recognize. Now, after facing murderous robots and an unpredictable environment, the teens have begun to find their footing. But can they survive long enough to figure out why they were remade? And will they ever be able to stop running?
Mini Episode Breakdown
Nothing much happens... I mean we do get to see that Jing-Wei isn't dead and that she can somehow talk to the caretakers but mostly this episode was a let down, other than Jing-Wei because I love her so much. I am glad to know I still hate Inez though. She's even worse then before. I am eager to see what happens and I really hope that no one hurts Sparky. I like him so much!
*I received this episode free for an honest review*