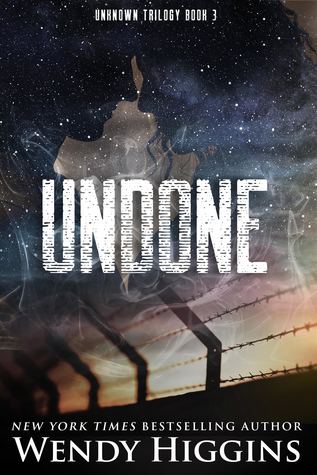 USA Today and New York Times bestselling author, Wendy Higgins, brings you the gripping, sensual conclusion to her apocalyptic trilogy.
Amber Tate never dreamed their heart-wrenching escape from the enemy’s attack would lead them to the most beautiful place she’s ever seen, marred by one ugly fact; it’s under enemy control. Like everywhere else in the world, Elmendorf military base in Alaska has been captured, and it’s time to take it back—all of it—one base, one city at a time. After losing so much, Amber clings to the only precious person she has left, and vows to sacrifice everything to help save the Earth.
Remy Haines is a lover, not a fighter, so when she finds herself in enemy territory, expected to feign allegiance while gathering intel for the rebel cause, she’s never been more out of her element. Tensions only increase when her feelings for Jacob “Tater” Tate won’t go away, and the enemy’s leader takes an interest in her. She’s torn between what her heart wants, and what she knows she should do. As for what her body needs…well, it’s always had a mind of its own.
ARC Breakdown
*I was given a copy of this book for free from the publisher in exchange for an honest review*
I was so lucky to get a copy of this! I've been dying to read it since I finished the second one and I felt like I was blessed by the reading Gods when I saw the sign up sheet for an ARC. So with all that said, you know I've got nothing but great things to say about the ending to this wonderful series.
It picks up right where the second one left fell, which I loved! We left off in such a scary place that I was glad to see how it played out. The story seems to move faster in this one ten in the other two, it might be because their are two POVs and the author just wanted to give us the good parts of the story or the parts that moved the plot along. Which was fine by me! I loved this book just as much as I did the rest of them.
I thought that I wouldn't like getting Remy's POV, because while I like her, she wasn't my favorite character but after getting into her head, I like her a whole lot more! I found her chapters sometimes more interesting than Amber's! I did not think that would happen!
The ending tied everything together perfectly. It was a very satisfying ending, it made me happy even though there were some deaths that hit me hard. I like that though, if no one had died.... it wouldn't felt fake to me. So The ending was perfect in my eyes and this series will always hold a special place in my heart.