Expected publication: April 3rd 2018 by Avon Impulse
Flynn Maguire isn’t really a bad guy. Sure, he worked for the mob, but he ran a legitimate business—on paper anyway—and it paid enough to keep his brother out of the lifestyle. Until they turned on him. Now he’s stuck in Witness Protection, tending bar in Nowheresville Oregon… and pissed the life he knew is gone. The only bright spot? Fantasizing about his quiet, secretive, beautiful coworker.
Sierra Williams is a woman on the run. All she wants now is to settle into small town life… and ignore the brooding, sexy bartender who can’t seem to take his eyes off her. Flynn’s bad-boy vibe pushes all her buttons, but Sierra fell for the wrong man once already. She can’t afford to let her guard down again. Except Flynn’s tough exterior is slowly melting away to reveal the sweet man beneath and their attraction is too strong to resist.
Sierra and Flynn are falling fast, but they’re both keeping so many secrets. The truth could ruin everything… unless a girl who’s a little bad is perfect for a guy who’s never really been good. 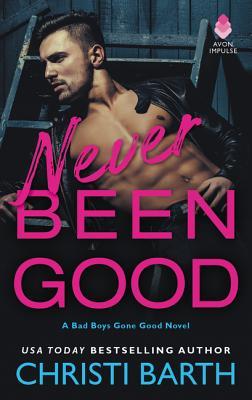