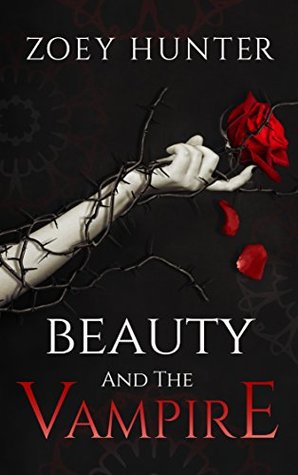 "Beauty and the Beast Meets Twilight"
Honor student and cheerleader, Bel Winter, works hard to be a normal teenager. But deep down, she knows she is far from normal. The glowing rose-shaped mark on her shoulder is her first clue.

As her 17th birthday draws close, Bel’s friends fear she is losing her grip on reality. Yet, Bel believes. The visions she sees are real. The men in black capes who come out of the shadows are real.

And they are coming for her...

On the night of Bel’s birthday, at the stroke of midnight, her world goes black. When she wakes, she is thrust into a new and frightening world—the underground Onyx City.

It is a place rife with magic and creatures of the night.

It is a place of dark beauty, dangerous intrigue and ruled by a beast—the ruthless vampire prince, Ezra Blade.

When Bel makes a desperate attempt to escape her captors, she trespasses through the royal gardens, and is caught by the prince himself. Now, her fate is in his hands. Though she fears the mercurial Ezra, Bel knows he alone has the power to release her from the Onyx City.

Can Bel tame the beast? And convince him to set her free?

Fans of romance, intrigue and vampires will devour this magical retelling of a timeless tale.


Book Breakdown
This isn't a bad book by any means. I actually enjoyed it. It's a super duper fast read. It's very short. The story is solid, a Beauty and the Beast retelling with vampires. My biggest problem in this book is the lack of details. It's very A-B-C. No frills, no added lace, just the bare bones of the story. Which if you're into that, that's great, you'll love this. I wish there was more, I wanted to fall in love more with this rich world and the characters, I think the love between Bel and Erza would've worked out better if the book was longer.
Now, the story goes like this, Bel lives a poor life with a mother who is a flake, if she's even at home. She's in love with her best friend.... also, she sees things. Yeah, she's not a normal teenager to say the least. Then before she knows it, she's taken into a whole new world, the world she used to see in her visions. Also, she sees Erza, the guy she's seen for years. So, maybe she's not crazy at all, just... different. She's also gifted and she agrees to help the prince with her gift if he'll send her home when she's done. Though nothing is as though she thought it was.
It really is a good story, I just wish there was more and the cliff hanger makes me want to bang my head into a wall, I mean... you can't just leave me hanging there! I NEED details. I must know what else happened. I want even the dirty details. I just want more. That's the bottom line to this review. I needed more. 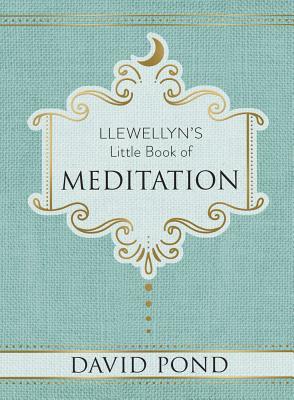 Calm your mind, sharpen your focus, and expand your awareness with the power of meditation. Designed with attractive accents--including rounded corners, a linen-like cover with gold foil impressions, and a two-color interior, Llewellyn's Little Book of Meditation is your ideal introduction to using meditative practices to improve your life. Explore the origins of meditation, the different types and how to use them, how to overcome any difficulties, and more.
The fifth book in Llewellyn's little book series, this pocket-sized, hardcover guide is packed with ways to help you develop your meditation practice, including hands-on exercises, tips for working with a specific intention, and instructions for helping children use meditation.
Mini Book Breakdown
I can't wait to own this book and actually have it in my hands. It's full of wonderful things to help with meditation and pretty much all of them are easy to follow and do. Which is a huge plus! I love how small it is, it's perfect for on the go. I love reading and taking my books everywhere and this is perfect for that. The exercises are easy to follow and everything is easy to understand, the author writes very clearly, which I love. Overall, this book is wonderful!
*I received these three novels for free in exchange for an honest review* 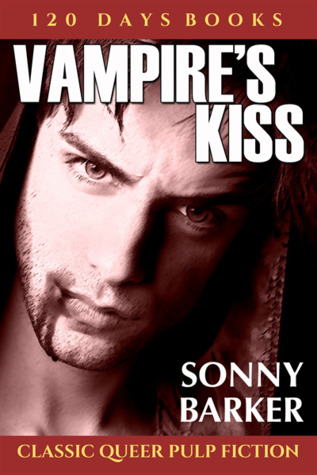 First published in 1970, the gay pulp classic Vampire's Kiss, follows the transformation of Damon Sanger from an ambitious, married attorney to a gay vampire whose bodily libation of choice isn't blood.
During a restless night of solo barhopping, Damon accidentally wanders into The Cave, a gay nigthclub, and drunkenly goes home with hypnotic, handsome and red-lipped seducer Alan Drake. Alan makes short work of Damon's conviction that he's straight as an arrow, and Alan isn't just gay; he's also a vampire. Or is he? Damon can't decide whether his trysts with Alan have simply opened his eyes to his true desires, or whether he's under the influence of a supernatural fiend whose wildly exciting influence has inducted him into the ranks of the homosexual undead, doomed to roam the earth and convert other men.

Written with a light hand and a sly sense of humor, Vampire's Kiss follows Damon as he negotiates his secret life while pretending to be the ordinary suburban husband who enjoyed boozy barbecues with the neighbors and admiring curvaceous women. As Damon learns how to satisfy his new appetites and maintain his sanity, he conducts an ongoing, tongue-in-cheek examination of himself—he is a lawyer, after all—about everything from the morality of recruiting new vampires to whether he really has to give up the garlic he's always loved.