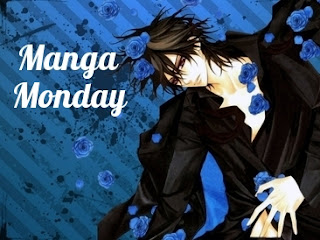 Welcome to another Manga Monday! I hope you all had a great weekend and are ready for work/school once again. Life has been pretty stressful for me lately but I hope it looks up soon. At least I've gotten a lot of reading done. In case you've not noticed, I am on a manga kick. I've read so many already this year that it's put me to half of my Goodreads goal of 106 books. Yeah.... I am just a wee bit addicted.
Anyway, let's jump into this manga breakdown, shall we? 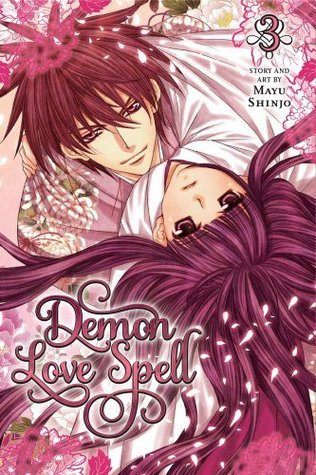 Shrine maiden Miko has sealed the powers of the sexy incubus Kagura, who has vowed to protect her. Miko finds herself suddenly popular with the boys at school and starts getting asked out. Has falling in love with Kagura made her more attractive to the opposite sex, or is some other mysterious force at work?
Book Breakdown
Okay so we get more of the same in this novel as the last one. More new characters are brought in only to try and push Miko and Kagura closer together. This time we get to see someone from Milo's past, someone who is not a demon at all; Sou. He trained under her father, to be a demon fighter. He comes back, saying that he wants to marry Miko and that her father promised. She just goes right along with it. Even letting Sou treat her like crap. She just vows to make him happy and forget about Kagura. FYI - it doesn't go well. A sealed Kagura saves her from the wedding.
Then we get to meet a snow man - well, a snow demon. He's sweet and I feel so bad for him, always living in cold, which sounds great to me but he can't even touch something without freezing it over. He ends up protecting and saving Miko and then just like with the fox... he dies. I really hope this doesn't go on in the next volume, it's so sad seeing all the good characters just die. It breaks my little black heart.
Then at the end, the father agrees to allow Miko to spend the night with Kagura... I wonder how this will turn out. Probably more of them both fighting and sexual tension that is starting to get rather silly. She needs to either give in to what she wants or just tell him to the hit the road for sure. They both need to stop playing their games and just be mature about this. Goodness.
Anyhoo, off to read the next one!