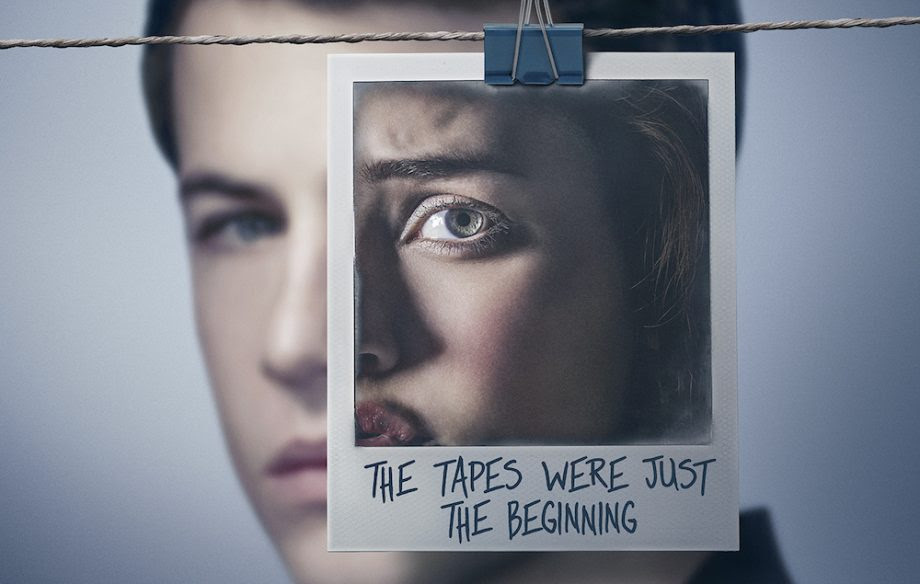 Well, I finished season 2 over this past weekend. Unlike the first season, I paced myself, knowing I would want to take time and think about things instead of just plowing through. This season really made me think. Instead of just feeling sorry for Hannah and thinking everyone at the school was an asshole, we see that Hannah was not as innocent as she led Clay (and us) to believe. We see that she was just like the rest of them and we get to see more about the other characters that Hannah made to look like such awful people.

We get to see how Clay is still having trouble letting her go. I feel so bad for him, he loves her so much and it rips me apart to watch him suffering. Even though he did take drugs and that really rubbed me the wrong way. Moving on...
Characters that I hated in the first season got better in the second season, like Courtney: I admired her for telling the truth and finally embracing who she is. She seems so much happier now that she's come and even got a girlfriend.

This season tackled a lot of issues just like the first season. They also showed Jessica standing up and saying what Bryce did to her. I loved everything they did with Jessica's character until the very last episode where she hooked up with Justin and cheated on Alex. That was so not cool. I don't even care.
Now, I've seen a lot tweets and people saying that the last episode should never have happened the way they did or they are telling people to skip over it. They are also getting mad saying that it shouldn't have been filmed because kids watch the show. Well, to the last one, I say; it's rated mature, kids shouldn't be watching it. Parents should be keeping a better eye on what their kids do. To the rest... I'm going to be one of the only ones with this opinion just as I was with the first season. I thought they did it perfectly, they weren't glorifying anything, they were showing how bad this stuff really is.

This series tackles issues that need to be talked about. Often times these issues are just swept under the rug and never talked about but this show doesn't hide them. This show shoves these issues into your face and makes you think about them, talk about them. That's what we need if anything is ever to change.

What's your thoughts? Let me know below!