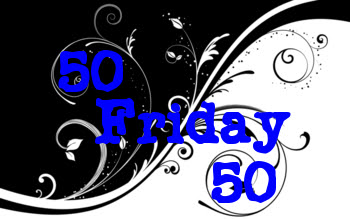 50/50 Friday is hosted here on this blog and over at Blue Eye Books.
What is 50/50 Friday?
Everyone has a favorite and then we also have something we dislike. Like a coin, there are two sides to every question. Example: best sequel you've read/worst sequel you've read. So that's what 50/50 Friday is all about. We will have a new topic every Friday (something bookish of course!). If you have have ideas for this meme don't be scared to let us know!
Topic for the Week
Favorite/Least Favorite Book with a Short/Long Title
So for this I will do my favorite book with a long title and short title. You can do both if you wish or just however you want to do it. I just want to spread some positivity around this week.

Favorite Book with a Long Title
A Court of Mist and Fury
If you've spent any time on my blog then this will be no surprise for you at all. I love this novel. It's amazing!
Feyre survived Amarantha's clutches to return to the Spring Court—but at a steep cost. Though she now has the powers of the High Fae, her heart remains human, and it can't forget the terrible deeds she performed to save Tamlin's people.
Nor has Feyre forgotten her bargain with Rhysand, High Lord of the feared Night Court. As Feyre navigates its dark web of politics, passion, and dazzling power, a greater evil looms—and she might be key to stopping it. But only if she can harness her harrowing gifts, heal her fractured soul, and decide how she wishes to shape her future—and the future of a world cleaved in two. 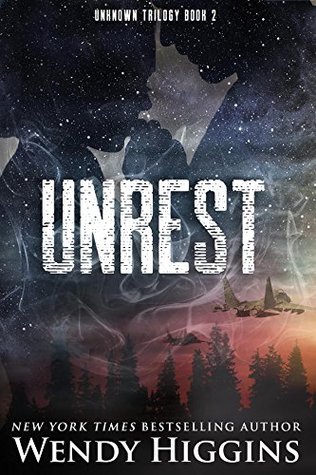 Favorite Book with a Short Title
Unrest (Unknown #2)
I think I just saw a weird trend where I like the second book of a series/trilogy a lot. Huh, now I want to look more into that.
Being on the run in the desert means food and sanctuary are hard to come by, but Amber Tate and her crew are not about to give up. Not after having so many of the things they love brutally ripped from them by an unknown enemy who sent their world into the apocalypse.
Survival takes precedence, but once safe shelter is found, their guards fall and the emotions they’ve been holding in are finally released. Anger, insecurities...lust. In their tight quarters, Amber, Rylen, Tater, and Remy can't escape it. The past must be faced, and passions run even stronger in the darkest of times.
In the midst of unrest, their worlds are rocked again when they discover the truth about the war that’s ruined their lives. They thought finding out the enemy's identity would give them the edge; instead it’s revealed terrifying dangers they never thought possible.
Topic for Next Week
Favorite/Least Favorite Title