Book Recommendations Based on Songs (4) 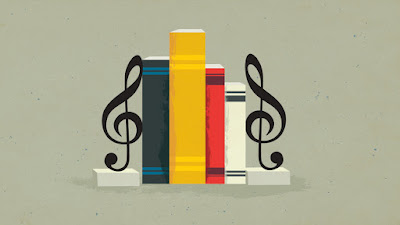 So we all love to read and I know that I'm not the only one who loves to listen to music while reading. So, I thought I'd share some songs that remind me of books. Basically, it comes down to if you like that song then you'll like this book.
Since this is Pride month, let's use songs by LGBT artists, shall we? I'll also add as many LGBT books as they fit the songs. Awesome. Let's get this party started!
If you like the song Bloom by Troye Sivan...
I need you to
Tell me right before it goes down
Promise me you'll
Hold my hand if I get scared now
Might tell you to
Take a second, baby, slow it down
You should know I, you should know I
I bloom just for you
(I bloom) just for you
(Yeah, I bloom) I bloom just for you
(I bloom) just for you
Come on, baby, play me like a love song
Every time it comes on
I get this sweet desire
(Yeah, I bloom) I bloom just for you
Then you'll love:
Damen is a warrior hero to his people, and the rightful heir to the throne of Akielos. But when his half brother seizes power, Damen is captured, stripped of his identity, and sent to serve the prince of an enemy nation as a pleasure slave.
Beautiful, manipulative, and deadly, his new master, Prince Laurent, epitomizes the worst of the court at Vere. But in the lethal political web of the Veretian court, nothing is as it seems, and when Damen finds himself caught up in a play for the throne, he must work together with Laurent to survive and save his country.
For Damen, there is just one rule: never, ever reveal his true identity. Because the one man Damen needs is the one man who has more reason to hate him than anyone else…
AND!
Percy Freedman is not grieving. Absolutely not, take that back at once. No, he’s entirely sure that selling his dead aunt’s home and leaving the neighbors he’s known for years is the sane thing to do. Who in their right mind would keep the house that smells like all the hugs he’ll never have again?
Nobody, that’s who.
Well, except his cul-de-sac neighbors. They all seem to think some paint and new furniture will clean the emotional slate. They all want him to stay.
Even his nemesis, Callaghan Glover.
Especially his nemesis, Callaghan Glover.
Lured into a game of Sherlock Gnomes, Percy finds himself hanging out with his neighbors more than might be considered healthy. Along with juggling new and surprising verbal grenades from Cal, and his burgeoning friendship with Gnomber9, Percy is starting to wonder if selling might have been the grief talking after all . . .
If you like the song She's so Lovely by The Butchies...
She's so lovely yeah she's so lovely yeah
Come on come on I'm scarred but not alone
I'm trippin' and I'm falling falling
And back and forth it's ocean and sand
It's fate in a salty water
I'm comin' I'm comin' to get you
Then you'll love:
Would you risk your life for love?
Rose Clyde lost her girlfriend six months ago in a tragic accident. Since then, she simply goes through the motions, knowing she might be doomed to spend the rest of her life grieving. But when her best friend calls with a strange job offer—working the front desk of an old hotel up the Maine coastline—it’s an offer Rose can’t refuse. And a chance to restart her life.
But Rose isn’t prepared for Kane Sullivan, her new boss. This enigmatic, captivating woman, from their very first meeting, has Rose spellbound. There’s something about Kane that seems so familiar…why does Rose feel as if she’s seen this lovely, powerful woman before?
As the strange old Sullivan Hotel begins to reveal its dark secrets, Rose’s life hangs in the balance. But an even greater danger looms: She’s falling in love with a vampire.
AND!
Sometimes wrong is extra right.
Mallory Spencer is in charge. As the face of Soho Savvy, the advertising firm she owns with her three best friends, it’s important that she’s poised, polished, and put together. However, as she watches her friends couple up and settle down, she wonders about her own happily ever after. One thing’s for sure. It’s not going to happen with that blue-eyed bartender from Showplace. It’s irritatingly clear they couldn’t be more wrong for each other . . . or have more chemistry.
Hope Sanders wants nothing more than to keep her head down and craft a better life for herself running everyone’s favorite nightspot. That means ignoring the groupies that flock to the bar to stare at her all night. However, an uptight brunette has snagged Hope’s attention and she knows a challenge when she sees it.
That is the end of this one. I'm so happy that I used all LGBT books in this one and I hope you enjoyed it and maybe found another book you want to read. Until next time, happy ready and have a wonderful day!