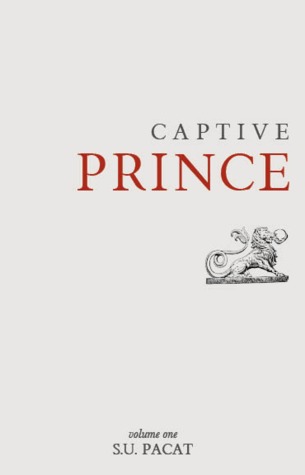 Damen is a warrior hero to his people, and the rightful heir to the throne of Akielos. But when his half brother seizes power, Damen is captured, stripped of his identity, and sent to serve the prince of an enemy nation as a pleasure slave.
Beautiful, manipulative, and deadly, his new master, Prince Laurent, epitomizes the worst of the court at Vere. But in the lethal political web of the Veretian court, nothing is as it seems, and when Damen finds himself caught up in a play for the throne, he must work together with Laurent to survive and save his country.
For Damen, there is just one rule: never, ever reveal his true identity. Because the one man Damen needs is the one man who has more reason to hate him than anyone else…
Book Breakdown
Damen's a crown prince of Akielos. Well, he was until his half brother decided to kill their father and send him to their enemy to be a pleasure slave. Here our poor prince is beaten, nearly raped and put through the ringer. Laurent seems like a real pain in the ass, being such a jerk to Damen but as the story goes along, he does seem a little better to Damen but not by much and why would he be?
Damen takes all this in stride very well. All the while, never giving up on getting his chance to get home and right the wrongs his half brother had done but, there is more to the story than Damen knows...
Now, even though this novel is far from perfect and has some issues that more sensitive people won't be able to handle.... I really enjoyed it! I loved watching the game that Laurent plays so freaking well and Damen is so perfectly clueless but oh so loyal. I will say that the series only gets better from here. It's one of my favorites for sure! Can't believe I waited so long to read it!