June 28, 2018
A troubled Popstar forced into hiding… A sweet small-town girl overcoming tragedy… And the kind of love that only happens once in a lifetime.
Dakota’s dreams of attending Juilliard were shattered the night tragedy struck her family. It’s one year later, and she’s now enrolled at a local university trying to piece her life back together. 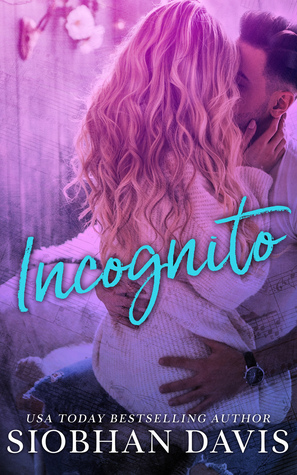 Shawn is one of the world’s most famous faces, having lived under a spotlight since his star exploded when he was fourteen. Now jaded by an industry forcing him to perform music he no longer enjoys, he craves normalcy and the opportunity to rediscover his muse. When a crazy stalker gets too close, and death threats start mounting, Shawn’s management team comes up with a plan—one which will allow him to work on his latest album while staying incognito on a college campus.
Romance is the last thing on Dakota’s mind, but after she crosses paths with a hot, prickly cutie with rock-hard abs and smoldering good looks, she can’t shake him from her thoughts.
Shawn can’t afford to bring any girl into his fucked-up life, but the gorgeous blonde with the sad blue eyes captivates him in a way no girl ever has, and he finds himself falling hard and fast.
But outside forces are conspiring against them.
When danger draws closer, and secrets are revealed, will their love survive?
ARC Book Breakdown
Release Date: June 30, 2018
I feel so lucky to have gotten an ARC of this book. It sounded so good and sadly, I'd never heard of this author, now I plan to binge read as much of her stuff as I can. This story was that good. Dakota has been through a lot in her short life and it's changed her and not really for the best, she's now trying to become her sister, just to make her family happy.
Enter Shawn, a famous pop star hiding out from a stalker that's tried to kill him and even broke into his house trying to find him. They end up at the same college, the same major. They are drawn to each other rather quickly but they start this cat and mouse game where they keep pushing each other away and then pulling each other close. But once all the secrets come out and Kota finds out who Shawn really is, will it be a happily ever after?
I really enjoyed this book, it had me laughing out loud at Tabs and her blunt mouth, crying at the way her father treated her, and then smiling like a loser during the sweet romantic moments. This book gave me all the feels and it's now become one of my favorites. The only thing that keeps me from a full five star rating is the ending.... it ended perfectly but there was something right before the end that just didn't sit well with me. I will just say that Kota is too forgiving of someone she shouldn't have ever forgiven. That's just my personal opinion and it no way really affects the story at all.
The writing is fun, witty, and modern. The characters are all great and I do feel they are all flushed out nicely, the humor in this best reminds me a lot of JLA novels, which I love. All in all, this book is great and I love it so much.