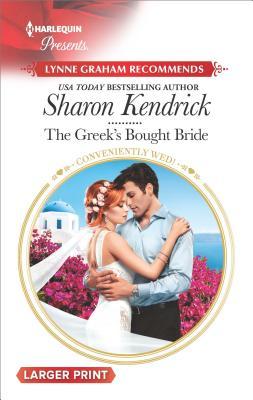 She gave him her innocence... He'll give her his ring! Tamsyn lost her innocence in a spectacularly sensual night with a Greek billionaire. She didn't expect to see notorious playboy Xan again, until he proposes a marriage of convenience! It's hard to refuse when he's promising incredible wealth, and her pregnant sister desperately needs support, but Xan is dangerously addictive... If Tamsyn isn't careful, she could lose herself to the Greek--for good!
"Sharon Kendrick's classic marriage-of-convenience story is a must-read. Sassy, sexy and sumptuous--I loved it!" --USA TODAY bestselling author Lynne Graham
Release Date: July 17, 2018
Book Breakdown
*Thanks to NetGalley and Harlequin for this ARC in exchange for an honest review*
Tamsyn is a girl who just can't keep a job and has so much baggage that it's not funny. She doesn't seem to let anyone in other than her sister but all that changes after one night of passion with Greek billionaire Xan. He ends up buying her as his bride so he can buy back the land that belonged to his ancestors and not marry the lady he was promised to year ago. She gets lots of money out of it. Win-win for everyone right? Nope! Or is it....
This was such a sweet little novel, I really liked Xan and Tamsyn, I thought they were cute once they started to finally open up to each other. They both have some serious issues that I hope they work on but no one is perfect. All in all, if you're looking for a quick, hot read; this one is for you! 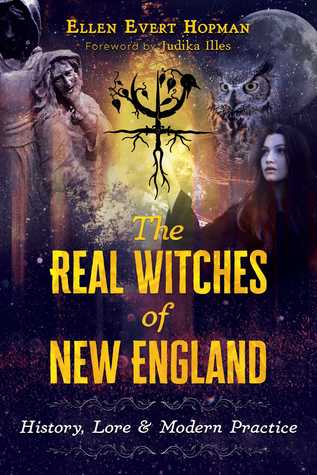 Release Date: September 18, 2018
Reveals the origins and history of the New England witch hysteria, its continuing repercussions, and the multilayered practices of today’s modern witches
• Shares the stories of 13 accused witches from the New England colonies through interviews with their living descendants
• Explores the positive role witches played in rural communities until the dawn of the industrial age, despite ongoing persecution
• Includes in-depth interviews with 25 modern witchcraft practitioners, interwoven with practical information on the sacred calendar, herb lore, spells, and magical practices
New England has long been associated with witches. And while the Salem witch trials happened long ago, the prejudices and fears engendered by the witchcraft hysteria still live on in our culture. What forces were at work that brought the witch hysteria quickly from Europe to the new American colony, a place of religious freedom--and what caused these prejudices to linger centuries after the fact?
Weaving together history, sacred lore, modern practice, and the voices of today’s witches, Ellen Evert Hopman offers a new, deeper perspective on American witchcraft and its ancient pagan origins. Beginning with the “witch hysteria” that started in Europe and spread to the New World, Hopman explores the witch hunts, persecutions, mass hysteria, and killings, concluding that between forty and sixty thousand women and men were executed as witches. Combining records of known events with moving interviews with their descendants, she shares the stories of 13 New England witches persecuted during the witch trials, including Tituba and Mary Bliss Parsons, the Witch of Northhampton. Despite the number of false accusations during the witch hysteria in the New England colonies, Hopman reveals how there were practicing witches during that time and describes the positive role witches played in rural communities until the dawn of the industrial age.
Exploring how the perception and practices of witches has evolved and expanded over the centuries, Hopman also includes in-depth interviews with 25 modern-day practitioners from a variety of pagan faiths, including druids, wiccans, Celtic reconstructionists, and practitioners of the fairy faith. Emerging from their insights is a treasure trove of practical information on the sacred calendar, herb lore, spells, and magical practices. Bringing together past and present, Hopman reveals what it really means to be a “witch,” redefining the label with dignity and spiritual strength.
Book Breakdown
*Thanks to NetGalley for this ARC in exchange for an honest review*
The title had me laughing so hard that I had to read this one and if you're anything like me, this is nothing like those awful reality TV shows, this is so well researched and written so well. It kind of reads like a novel.... which I thought made it that much more intriguing. From history of witchcraft to today with interviews from some popular witches of today. This book as a little of everything and I loved it!