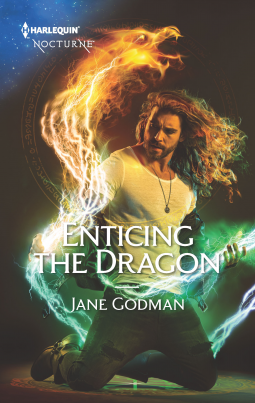 A creature of fantasy…
…and the man of her dreams
Musician Torque is known for his incendiary solos and smoking-hot looks. Hollie Brennan is a dedicated fan drawn to the sexy guitarist. But she’s also an FBI agent tracking a serial arsonist…and the evidence leads her to Torque, a dragon shifter in disguise. As the sparks fly, Torque and Hollie must fight fire with fire and track down the person endangering their love.
Release Date: July 3rd, 2018
Book Breakdown
*Thanks to NetGalley for this ARC in exchange an honest review*
This book is pure wish fulfillment in the best possible way. How many people have wanted to get with their musical crush? So it's easy to relate to this book, being in Hollie's shoes. But then, she's also got a job to do, she's an FBI agent who is after this Incinerator who has ties to Torque: the guitarist in the famous band, Beast. So her boss sends her undercover to figure out just what is going on and if Torque himself is the one leaving flames in his wake...
This book was actually fun, I kept wondering just who the bad guy was gonna be and am pleased to say that it didn't quite go as I thought it would, I love when that happens because it's such a fun surprise! The romance is top notch and the characters are flushed out. It was such a fun ride, the only down side.... this is a standalone series... this being the second one, now I need to get my hands on the first one!
If you love paranormal romance, shifters, and steamy sexy times; you will love this! Plus, you don't see dragon shifters all that often so this is epic. Make sure to get your copy and settle in for a very 'hot' time.