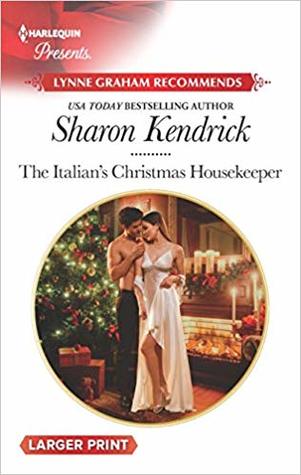 From making the billionaire’s bed…

To Christmas between his sheets!

Shy housekeeper Molly Millar always tries her best. She’s anxious to impress outrageously wealthy houseguest Salvio de Gennaro, but instead is unfairly criticized by her employer! When she’s found sobbing by Salvio, he comforts her…with the most amazing experience of her life. But when that incredible encounter costs Molly her job, Salvio rescues her with an irresistible proposition: become his temporary housekeeper—just in time for Christmas!

Escape into this captivating Cinderella romance!

Expected publication: October 16th 2018
Book Breakdown
Okay, something I just want to say that, it's really me nit picking but it bothers me deeply. Through this whole novel almost... it's known that the main character is curvy.... the way some character characters go on about her it's more like she's overweight... does that cover model even look curvy at all? Not not me, she's just as thin as any other model on these kinds of books and that doesn't bother me, the thin models.... what bothers me is in this book, the MC isn't a skinny chick, so the cover model should fit the MC. At least in my opinion.
Anyway! Now to the story, it was a cute little romance read, it said something about a Cinderella tell but the prince in this story is a little more.... mean than the Disney tale we all know and love. He has his reasons to be the way he is and we do learn them and it all makes sense but I still feel so freaking bad for our girl, having to deal with all this heartache till it all works out.
The writing is perfectly fine, easy to follow, the romance does build up, at least on the part of our prince, it hits our girl pretty early but girls are usually better with their emotions than guys, so that all made sense to me.
Overall, it's a cute read that will bring tears to your eyes but leave you with a bright smile on your lips.
*Thanks to the publisher for this title in exchange for an honest review.*