When it comes to TV shows, I've noticed that I usually like ones that aren't that good in the ratings... like Witches of East End, Shadowhunters, and now, Dynasty.
If you don't know anything about this show, it started out in the 1980's as a daytime soap opera but it ended in 1989. This is the modern take on it. It follows the Carrington family through all their drama, not only family drama but they own a huge oil business so there is work drama too.
I loved the first season, thought it was well acted, looked amazing and was just a fun show to watch and escape from the world. Now we are moving on to season 2 and I want to talk about each episode.
There will be spoilers here, you've been warned!
When we left off in season 1, there was a huge fire and Crystal had been shot! We learn though only Crystal died, everyone else makes a full recovery. I was sad to see Crystal go as I loved the actress who played her.
We see that Steven is still trying to figure out how to tell Sam that he got a woman pregnant. Their mother is ever the bitch, father is gone and Fallon is still trying to get the company sold. Sam is mourning over his aunt and the Coby's and just weather's the shit storm.
This season is setting up to have some delicious relationship drama with Fallon, Liam/Jack, and Culhane. Fallon still has to pretend to be married to Liam/Jack.
Ander's daughter Kirby has returned, that's not going to be good considering she hates Fallon.
I do love seeing Blake his unhinged, he was always so perfectly put together that it's nice to see this side of his characters.
Glizabeth Gillies has such an amazing voice, something that feels like it doesn't belong in our time so I love when the show makes an excuse for her to sing.

I can't even believe that Blake dropped all those secrets! Messy Blake is the best Blake!

Fallon and Culhane are engaged! I love his character so much, one of the best people on this whole show!

Black and Alexis hooking up.... I knew that was coming!

Also we see another Crystal who I think is going to pretend to be the real one. Ugh, so much wonderful drama! I can't wait for more! 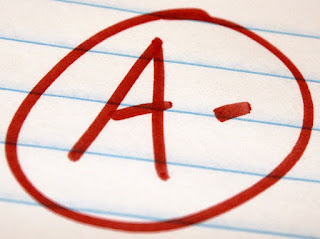