I've been watching more movies and TV shows lately, because I've been editing my novel and stuck on this novel that I want to finish reading but I'm not enjoying it, I've been pushing myself through it.
So anyway, since my blog is kind of.... sparse as of late, why not talk about these amazing stories that I've been watching? Plus, it's October, what better for a horror series?
Here we go.... follow me into the Hill House.
I have said many times that I love character driven stories and this is one of those, not only that but the characters are all likable which hardly ever happens in horror anymore. So let's talk about those characters shall we?
Steven - The oldest, most people think he's the asshole character and they don't like him. I love him, he's struggling just as the rest of the siblings just in different ways.
Shirley - The oldest girl, she can be an ice queen and rather high and mighty but she's carrying a secret that's been hurting her for years, not to mention all the paranormal stuff.

Theo - Middle child, can tell things just by touching something so the paranormal lives with her all the time. She's the hardass of the group.

Luke - The drug addict. One of the twins. He's got it rough, so bad that he took drugs to get away from everything that haunts him.

Nellie - The baby of the group, the reason they all come together. She goes through hell during her short life.

Every single role in this series is well acted, I couldn't have chosen a better cast and I really do think that helps bring these rich characters to life. Even the children were great at their roles and I think they looked like they could've been the older actors, which doesn't happen a lot.

This show reminds me of a puzzle, you get another piece every episode, this is not a show that just gives you everything in the first episode, it's a low go getter but worth every single minute. It's also not just lots of jump scares (though it does have a few. One that got me really good), it's a fresh take on the horror genre. I hope more horror will go this way in the future.

There are so many themes that play into this show, it's much deeper than just a gothic horror, it goes to show the dangers of over protecting your kids and not giving them what they need to survive in this awful world, that's the one that stood out to me the most.

Also, I love the overlapping story structure, by the end I was so happy to finally get to see the mother's POV as it was driving me crazy to know the truth!

How it works, each episode follows one character, so while you get that character's story, there is still holes because you aren't getting the whole truth until the very end, so it hooks you, making you keeping watching just to find out what the heck is going on!

Overall, it's a great series and if you'll not watched it, do yourself a favor and do it in time for Halloween. You'll thank me later. 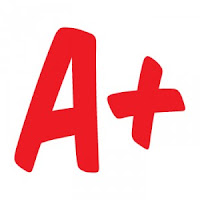