50/50 Friday is hosted here on this blog and over at Blue Eye Books.
What is 50/50 Friday?
Everyone has a favorite and then we also have something we dislike. Like a coin, there are two sides to every question. Example: best sequel you've read/worst sequel you've read. So that's what 50/50 Friday is all about. We will have a new topic every Friday. If you have have ideas for this meme don't be scared to let us know!
Topic for the Week
Favorite/Least Favorite Book Written During the 2000's

Least Favorite
DANICA SHARDAE IS an avian shapeshifter, and the golden hawk’s form in which she takes to the sky is as natural to her as the human one that graces her on land. The only thing more familiar to her is war: It has raged between her people and the serpiente for so long, no one can remember how the fighting began. As heir to the avian throne, she’ll do anything in her power to stop this war—even accept Zane Cobriana, the terrifying leader of her kind’s greatest enemy, as her pair bond and make the two royal families one.
Trust. It is all Zane asks of Danica—and all they ask of their people—but it may be more than she can give. 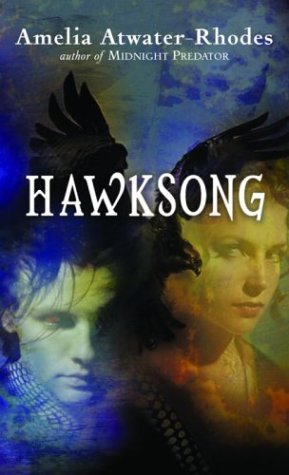 I read this years ago and something about just wasn't for me. There's nothing wrong with it, just not my cup of tea.
Favorite
About three things I was absolutely positive.
First, Edward was a vampire.
Second, there was a part of him—and I didn't know how dominant that part might be—that thirsted for my blood.
And third, I was unconditionally and irrevocably in love with him.
In the first book of the Twilight Saga, internationally bestselling author Stephenie Meyer introduces Bella Swan and Edward Cullen, a pair of star-crossed lovers whose forbidden relationship ripens against the backdrop of small-town suspicion and a mysterious coven of vampires. This is a love story with bite.

I've gone back and forth so much with this book, when my friend first told me about them, I hated the idea, vampires that sparkled and had no fangs?! No thanks! But I ran out of things to read and they were on sale at Wal-Mart, I got my parents to buy them for me and read them all within three days. I was hooked, I even cried when the story was over because they were nothing else left to read. It was heartbreaking.
But I've gone through times where I kind of don't like this series as much and then I love it again. Right now, I'm loving this series, the movies are helping me through NaNoWriMo this month.
Topic for Next Week
Favorite/Least Book with Food on the Cover