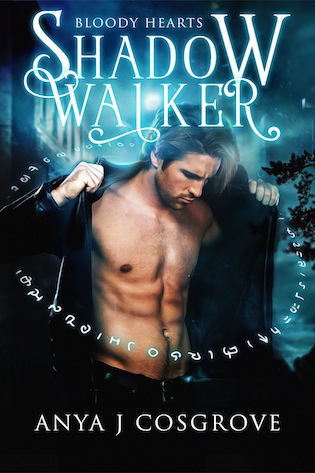 A newborn witch is rescued by two smoking-hot brothers. Can she unravel their dark secrets? Or will she lose her soul trying?

Alana sucks at witchcraft. Healing, telepathy, seeing through illusions… she can’t master any of it.

Sparring with the six-foot-three muscular Walker brothers doesn’t help her focus. Alana’s not about to let herself fall for a man—or a demon—especially not the ones that abducted her in an attempt to save her life.

When a bitter demon learns of Alana’s existence, he’ll stop at nothing to possess her and drive a wedge between the two brothers. If Alana can’t learn to use her powers, she’ll die. If she can’t discern illusion from reality, she’ll lose her mind.

Nothing stays black and white in a world full of shadows.

Goodreads / Amazon
Guest Post
Pick your perfect movie cast and share a funny writing story.
The Shadow Walker movie has had a lot of auditions over the years, but all the other actresses lost their jobs the day I watched Teen Wolf, because Holland Roden is my absolute favorite for the role of Alana. She’s sassy and smart with a sweet side. I looked at a bunch of videos and pictures of her. I’ll always have a total crush on her.
Liam is a mix of Ian Somerhalder, Tyler Hoechlin, and a young David Boreanaz. I never had just one guy with him, because I named him after Angel in Buffy, and he has a lot of Damon’s flaws, but if we’re talking strictly physical resemblance, Tyler Hoechlin as Derek Hale is more what I had in mind. Muscular body, large shoulders, broody features. And a rare smile that can bring a girl to her knees. I’m smitten!
Thom is a curly, blond Alex Pettyfer. He’s been one of the hardest one to cast because I had this clear picture of him without any actors in mind for so long that it was hard to find one that looked just right.
Lilah is a shorter Margot Robbie. When I saw Margot Robbie for the first time, I turned to my husband and said: that’s Lilah.
Vicky is Emily Browning in Sucker Punch. I even made her hair and clothes similar because I had this clear picture of her walking into the scene with her school-girl uniform and pigtails.
The Walker mansion is an important location, and I always pictured this huge centennial house surrounded by luscious woods.
The cover was hard to design because I wanted to stay true to the characters while coming up with something that fitted the market. First, I wanted to put the heroine between the two brothers, but every mock up ended up feeling like I was marketing a reverse harem or ménage story, not a love triangle. The, I went to my current designer and tried a few couples, but it didn’t feel right either, so I decided to go with just a man. They say half-naked men sell books, and I’ll tell you in a year whether it’s true, but I felt this model embodied my vision for Liam. Dark, sexy, mysterious.
My sister, best friend, and I spent an evening on our phones texting and talking to select the exact picture I ended up using. Can you imagine browsing through hundreds of pictures of cover models? LOL, It was a pretty good night! :D Don’t worry, we did the same with Book 2’s cover which features the heroine, and I’d say choosing the right Alana was even harder, but I think we nailed it! 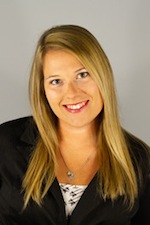 Anya J Cosgrove lives in Québec with her husband, her beautiful son, and two mischievous cats. She works as a veterinarian by day. She’s a travel and Disney junkie and is passionate about her favorite paranormal series.

What would Buffy do? Kick ass!