Manga Monday - Yona of the Dawn 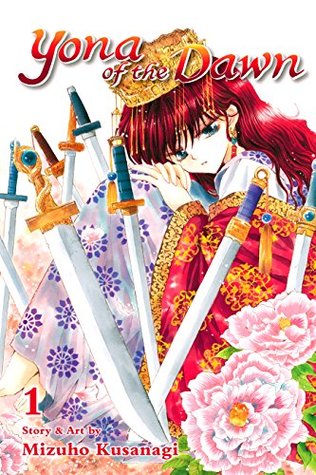 Princess Yona lives an ideal life as the only princess of her kingdom. Doted on by her father, the king, and protected by her faithful guard Hak, she cherishes the time spent with the man she loves, Soo-won. But everything changes on her 16th birthday when she witnesses her father's murder!

Yona reels from the shock of witnessing a loved one’s murder and having to fight for her life. With Hak’s help, she flees the palace and struggles to survive while evading her enemy’s forces. But where will this displaced princess go when all the paths before her are uncertain?

Manga Breakdown
Yona's the only princess of her kingdom and her father has made sure she's lived a good life but everything changes when the love of her life kills her father. Now she's confused and lost with only Hak, the general of the wind tribe to keep her safe. What will happen to the princess now that her father is gone and the guy she loves has betrayed her and stolen her kingdom?
I went into this one thinking it would be okay but nothing really special but I flew through the first and then more. I still can't wait to read the rest of the series. The plot is pretty basic but it's fun and keeps me entertained. I wish the romance would pick up because it feels more like a Shonen Jump title rather than a Shojo Beat one. Hopefully that changes as I love my romance more than anything else.
The art isn't my favorite. The guys just look a little strange to me and I don't know why. Yona looks way younger than she is and it's kinda weird when one of her love interests looks like he's 25. Of course, this is just my opinion, art is subjective. Besides the art, I do love this manga and have enjoyed every volume I've read so far.