Trends in YA & How Things Have Changed Since I Started Reading 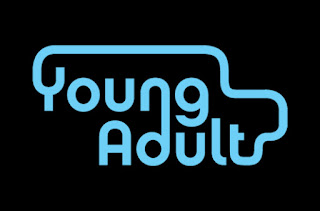 I have been reading YA hardcore since 2007 but I've been into the genre since I found the Daughters of the Moon series in like 2004. That was my first huge book hangover and the wait for The Final Eclipse in the Daughters of the Moon series was real. It took two or three years for the series to be finished.
Anyway, you're probably wondering why I'm telling you all this, my point is this; I've been reading YA a long time and today I wanted to talk about the changes that I've seen in the fifteen years that I've been reading this genre. So strap in and let's get down to it!

So the first YA book I ever read (that I can remember), was Goddess of the Night. I loved it. Up till this point the only books I read was the ones from school. Which I mostly didn't like until The Giver. That book got me into reading. I didn't know I could feel that way about books or stories. So I went looking for other stories.

After I read this series, I slipped into more middle grade until one day I came across The Vampire Diaries. I devoured that bind up of the first two novels and wanted more. So then I moved into Wicked Lovely and read every book that was out in that series.
Then a friend told me about Twilight and my first thought was 'why on earth would anyone want to read about vampires that have no fangs and sparkle in the freaking sunlight?' But she loved it so much and then people at my school were getting suspended for drinking each other's blood because of this book, so that sold me. I had to read the series that had caused normal people to be so damn weird. BTW, I never drank anyone's blood, I wasn't that crazy as a teenager, I swear.

But I did give in and read the books, even though the vampires didn't have fangs, I loved this series. I read the other three within just a few days... well almost all of them. I found I couldn't finish the last few chapters because I just couldn't say goodbye to these characters that I had fallen so deeply in love with.
Moving on, YA in those early days was very different from how it is now. There weren't any swear words, the only drugs mentioned were in books like Crank, that showed how bad drugs were, sex was very fade to black and kissing in YA was so freaking childish that it wasn't funny. Plots were simpler in some cases and pretty much everything coming out was paranormal to jump onto the Twilight craze.
During this time, me and even my one reader friend wanted more realistic YA books. We wanted the 'dirtier' stuff, like cursing or sex. The teens we were reading about were just too clean, too fake. Humans can't be that perfect. It's just never going to happen.

Slowly, things began to change, not only in terms of getting more gritty characters and stories but the shift changed from paranormal to dystopian because of huge hits like The Hunger Games or Divergent. Then it seemed that was all we were getting.
By this time, stories were getting much more real, we now had characters that had flaws and made stupid choices, there were teenagers making bad choices. I was really happy with were the genre was going and then the new trend was fantasy. Every super hyped book/series was fantasy. By this point, YA felt so very real to me, sure there was still some Mary Sues or characters that just felt so fake/bland but for the most part, we got quality characters.

Contemporary had a tiny window where we were getting a lot of those because of books by John Green or books like Everything, Everything but it's stayed pretty low key. With The Hate U Give, that might change, but we shall see. I hope not, I'm not the biggest contemporary fan.
YA by this point has really developed into its own, while still very trendy with the things that are released. Hopefully, we get to the point were we stop following trends and just get good quality stories of all genres (because I miss paranormal).
I just can't believe the little genre that I followed from the moment it got huge has grown so much. I feel proud to have been a part of it's growth and hope it gets better in the future. 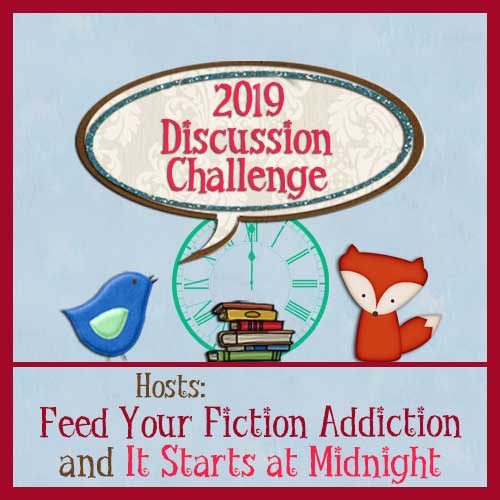 We are still in a huge fantasy craze but I believe the next trend is already here and slowly coming to take the crown. Can you guess what it is? Let me know below, I'd love to hear your thoughts, what trend would you like to see next? Honestly, I'll forever love the paranormal craze because that's just how I roll.
This year I'm going to be doing the Discussion Challenge. I said I was going to do it years ago and failed. I hope to do better this year. If you want to join, just click here or here to sign up. I'll be going for the level Discussion Dabbler, so if I fail, it won't be as bad....?

As always, have a great day and happy reading little butterflies!