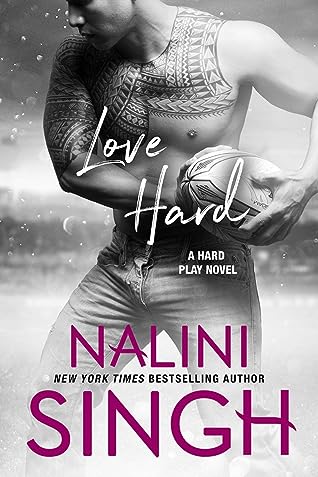 Jacob Esera, star rugby player and young single father, has worked hard to create a joyous life for his six-year-old daughter. After the death of his childhood sweetheart soon after their daughter’s birth, all Jake wants is safety and stability. No risks. No wild chances. And especially no Juliet Nelisi, former classmate, scandal magnet, and a woman who is a thorn in his side.

As a lonely teenager, Juliet embraced her bad-girl reputation as a shield against loneliness and rejection. Years later, having kicked a cheating sports-star ex to the curb, she has a prestigious job and loyal friends—and wants nothing to do with sportsmen. The last thing she expects is the fire that ignites between her and the stuffed-shirt golden boy who once loved her best friend.

I kept waiting for that one stupid moment that would have me rolling my eyes and throwing the book across the room. That moment I see a lot in romance novels. That moment when lack of communication ruined the whole book but I honestly should've known better because this is Nalini Singh and she's never let me down before. This is the first in this series that I've read but it won't be the last! I need to go back and read the other two books while waiting for Danny's. I loved Jake and Jules so much!

The whole family is just so amazing that I wished I could have a family like that. If you have a big family that you get along with, you are so blessed! I'd give anything to have a family like Jake's. The way everyone just cared for Jules was the greatest thing ever. The trust between them was the best part of the whole book. When shit hit the fan, Jake didn't even question Jules, instead, he went to bat for her and it was the most romantic thing ever.

This book is one of the best romance novels that I've read in a very long time and now I just want to read all the others! No time like the present right? I should also mention that I was given this novel for free in exchange for an honest review. The first time I've been lucky enough to be approved for her work but it's not the first I've read her work, her other books are freaking amazing as well.

Bottom line: I've discovered that one can NEVER go wrong with a Nalini Singh novel.