I wanted to talk about Resident Evil. I'm what can be called a super fan. I'm played the games, read the books and manga, seen the movies (CGI and live action) but never read the comics from the 90's.  They're so hard to find!

Resident Evil is a survival horror video game franchise that has spawned everything that I mentioned above. It grew into something huge and the fanbase is still alive and well with new members joining all the time!


So I actually found out about Resident Evil from my high school best friend who was in love with the movies. She had the biggest crush on Milla Jovovich and we watched Extinction together with her explaining all that I'd missed.

So when I was old enough I got the movies myself and watched them all. No, they're not the best movies in the world but I love them! I own them all and watch them regularly. The first three are my favorites. But the movies have nothing to do with the video games, not really.

One day when I was in Walmart, I saw the Wii version of Resident Evil 4. I begged my dad to get it and since it was on sale, he did! When we got home from the trip we'd taken, I slid the disk into the Wii and I've never looked back.

We had a game cube and my brother gave me his two disk copy of Resident Evil and I loved that one too. In fact, I got an X-Box 360 just so I could play Resident Evil 6. I've played every single game except for RE3 which will change very soon! Come on April 3rd!


My favorite part of this series is the characters. I'm a character driven person and these guys have earned a special place in my heart. Which is why even though I love RE7... it still doesn't feel like a Resident Evil game to me. It's great and I love it but it just feels like a different series, so I'm curious to see what they do next with RE8.

I'm excited to get to play RE3 this April where we'll follow Jill Valentine, one of my favorite characters as she tries to get out of Raccoon City. From what I know it's what happened to Jill after the events of Resident Evil. RE2 follows Leon and Claire so this is the first time we see her after the mansion that started it all! 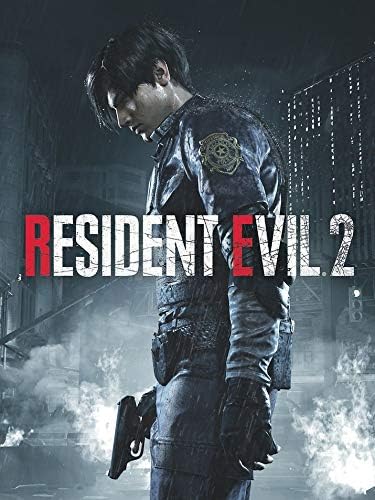 Another thing about the remakes is all the new fans that will join the fandom. A lot of people got into the series with the remake of Resident Evil 2 (which is a great place to start if you want to give this series a go! Though the original is the best place to start).

RE2 star Claire who is looking for her older brother Chris and Leon who's a rookie cop. Unknowingly, they step into a nightmare and will have to push themselves to the limit to not only survive but try and stop this mess from spreading.

Leon is my favorite character which is why it will come as no surprise when I tell you that my favorite game is RE4. Leon is the shinning star working on a mission to save the President's daughter that's been kidnapped. He thought the days of bioweapons were long gone but he finds himself in the middle of another one. He's sarcastic, funny, and badass. The perfect lead.

There's a Resident Evil live action series in the works that is set to come to Netflix in 2021 but the team behind it created the original movies and the Shadowhunters TV series that was canceled for a reason. So I'll try not to get too excited in case it doesn't live up.

"The town of Clearfield, MD has long stood in the shadow of three seemingly unrelated behemoths – the Umbrella Corporation, the decommissioned Greenwood Asylum, and Washington, D.C. Today, twenty-six years after the discovery of the T-Virus, secrets held by the three will start to be revealed at the first signs of outbreak.” - Netflix’s Media (has been removed)

So it does sound promising! Fingers crossed!

But the true star of the show will be RE3. I already know it's going to be amazing! They are using the same engine as RE7 and the remake of RE2. The trailer also looks amazing!


*** This was written before I got to play RE3 and it was for another blog that never took off. I didn't want to waste this post so decided to post it here. I'm thinking of doing a review for RE3 in the future. ***