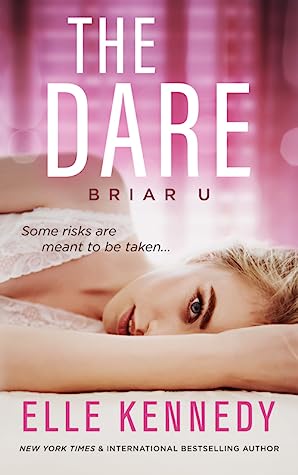 College was supposed to be my chance to get over my ugly-duckling complex and spread my wings. Instead, I wound up in a sorority full of mean girls. I already have a hard time fitting in, so when my Kappa Chi sisters issue the challenge, I can’t say no.

The dare: seduce the hottest new hockey player in the junior class.

Conor Edwards is a regular at Greek Row parties…and in Greek Row sorority beds. He’s the one you fall for before you learn that guys like him don’t give girls like me a second glance. Except Mr. Popular throws me for a loop—rather than laughing in my face, he does me a solid by letting me take him upstairs to pretend we’re getting busy.

Even crazier, now he wants to keep pretending. Turns out Conor loves games, and he thinks it’s fun to pull the wool over my frenemies’ eyes.

But resisting his easy charm and surfer-boy hotness is darn near impossible. Though I’m realizing there’s much more to Conor’s story than his fan club can see.

And the longer this silly ruse goes on, the greater the danger of it all blowing up in my face.

Taylor is smart and knows what she wants to do with her life, she wants to be a grade-school teacher and I loved seeing her in those settings because I used to be a substitute teacher for the young ones. So that was pretty cool. Honestly, in a lot of ways, I found myself relating to Taylor. This usually doesn't happen in books as I'm super weird and it's hard for me to see myself in characters.

As far as I can recall this is the first book I've read with a curvy main character. Why? Well... because I was overweight as a kid and even into high school. Heck, even now, I'm not the weight I want to be. I'm still trying to lose a few more pounds!

So when I read books and see these curvy girls struggling with their bodies... it can really hit me hard. I've been there, many, many times. Been made fun of because I was fat. My first boyfriend told me that he wished he could put my personality into another body. He even told me who the girl was that he wished I looked like, she was a size zero. No joke. Then another boyfriend I had, told me his friends wanted him to dump me because I was fat and he deserved a girlfriend that matched his looks.

So when I picked this up, I had no idea that Taylor was curvy or I wouldn't have chosen to read it, even if I love the author. But saying that, I'm so glad I did! Now, this book is far from perfect, but I could really relate to Taylor in some parts of this. How she was nervous about being with Conor because of what his friends would think of him and her. How she wore clothes that hid the parts of her body she hated. Even not wanting him to see her naked. Though she was braver than me, she would make fat jokes to beat the jerks around her to the punch or whatever. God, I wanted to die whenever the word fat or chubby was mentioned as a kid and teenager.

So while reading this did - I guess you could say - 'trigger' those past feelings in me, it wasn't in the way I thought. I wasn't depressed over it but it did make me recall those hard times when I was little and had my own struggles. Do I think this will make me seek out more books with awesome curvy girls? I don't know, honestly. But I can say that I won't look at them and automatically turn in the other direction in fear of the insecurities they'd bring up inside me. So that's a step up! Also, I just want to say to all the confident stunning curvy women and girls out there... I'm so jealous of you! I wish I'd been more confident, even now I wish I could be, you inspire me to love my body more.

I also want to point out something that did bother me. Taylor never accepted her body on her own. She only seemed to have a better outlook because of Conor and while most of the women I know are like that in real life, it's always so sad for me to see a woman only accept any part of herself because of her partner. As I often tell my little sister, your worth should never be based on if someone wants to sleep with you or not.

Now, to the actual book, since I took a left turn there. The first part of the book I thought was really solid but I think that the author tried to add more drama to keep the page count closer to the rest of the series and it just felt a little silly. They break up twice because of drama that they really just needed to talk through and sure enough, once they talked, the drama was fixed between them. I hate it when books do that.

I love Conor and Taylor as characters, their sense of humor and banter just had me laughing my butt off! I so needed, life has been very dark for me recently and this book had me laughing at some of Conor's antics. Just what I needed! If you're looking for a cute romantic comedy with a melodramatic edge to it, this is your book! 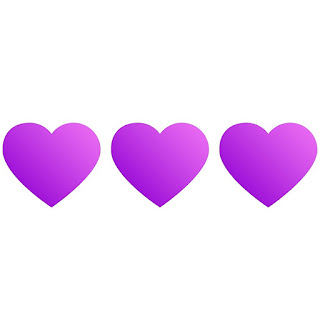