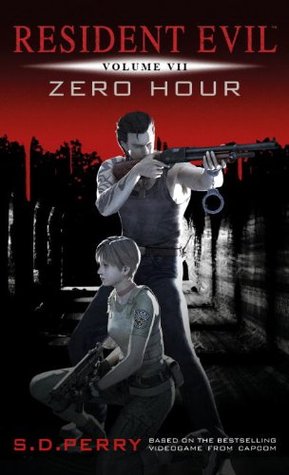 Following a helicopter crash, the team stumble across a gruesome sight: an overturned military transport truck riddled with corpses - and that’s only the beginning of their nightmare. As evil grows around them, rookie member Rebecca Chambers wonders what she’s gotten herself into.

I've talked about the video game series but not the books. So let's change that! I wanted to read a darker novel and so I decided to go through this series again. This book is the novel version of the game Resident Evil Zero.

We follow Rebecca and Billy as they try to survive all the crazy things that have gotten loose in the forest of Raccoon City and beyond. It's a thrill ride, you never know when a zombie is going to pop out and attack one of them. I loved reading about the places or puzzles that I've played through a thousand times.

It's not a long book and I won't lie, I miss dialogue, because that's my favorite part of a story. But there's so much action that the book never gets dull. A fun read!