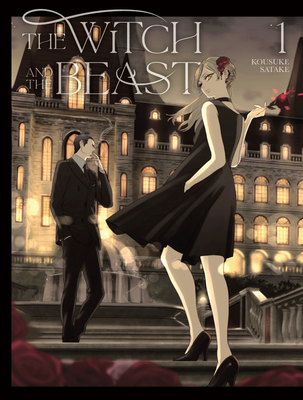 Guideau: a feral girl with long fangs and the eyes of a beast. Ashaf: a soft-spoken man with delicate features and a coffin strapped to his back. This ominous pair appears one day in a town that's in thrall to a witch, who has convinced the townsfolk she's their hero. But Ashaf and Guideau know better. They have scores to settle, and they won't hesitate to remove anyone in their way...

I love the art style! I love the darker theme of having to chase down a witch that put a curse on our female main character but I I felt so confused at times... I was thrown into this world and had to play catch up the whole time. Now, I don't need a book to hold my hand and over explain but some explanation is needed for the reader know what's going on. It does get better as you go but for the first little bit I was just left scratching my head.

So if you can hang in there, it gets pretty good! 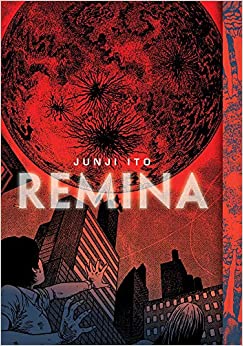 An unknown planet emerges from inside a wormhole, and its discoverer, Dr. Oguro, christens the celestial body "Remina" after his own daughter. His finding is met with great fanfare, and Remina herself rises to fame. However, the planet picks up speed as it moves along in its curious orbit, eliminating planets and stars one after another until finally Earth itself faces extinction… Is the girl Remina the true cause of the catastrophe? A masterwork of horror from Junji Ito, unfolding on a universal scale.

THE PLANET NOTICED OUR EXISTENCE...

Weird. Creepy. Great art. Sci-fi. Strange story. Not bad just not my kind of thing. I thought it would be scary as I've heard people call the creator a 'horror master'. Not quite right in my opinion.

Both of these titles were given to me by NetGalley in exchange for an honest review.