In January 2013, I got to spend 11 days in a wonderful place called Singapore. If you love the city, you'll love this country! It's small but so jammed packed full of amazing things to do! It's the second safest country in the world to live in! It's also been voted as the fourth safest place to live during this pandemic. The regular citizens aren't allowed to own guns but I'd never felt so safe in my life. I even went walking by myself around midnight and never once looked over my shoulder worried some creep was following me.

Singapore is rated as the 11th most beautiful city in the world in 2019. Which is well deserved! It's also the cleanest place I've ever visited. I swear the sidewalks were cleaner than some of the Walmart floors I've seen here in the states. Hell, even some restaurants around here are much dirtier than Singapore roads.

The first (and only) time I ever saw a Lamborghini in real life was outside a fancy hotel that I was passing. I should've taken a picture but I was just in awe and forgot. Sadly, all my pictures but two were lost on my old computer. 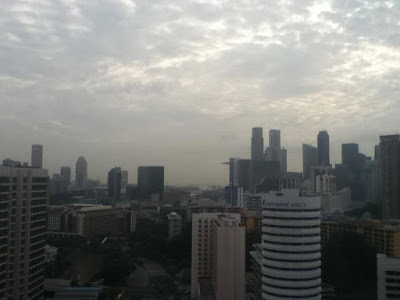 This was taken from my room in the Holiday Inn Singapore Atrium on the first morning there. I visited during the rainy season so it wouldn't be as hot! I can't stand high heat and humidity even though I'm from the South. It wasn't the fanciest hotel in Singapore but man it was wonderful! Not a bad deal at all either. 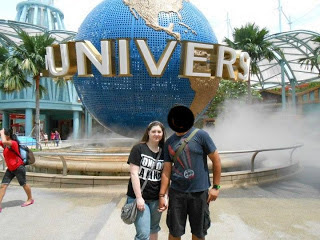 Yes, I'm still this pale. No diet advice, I manage my weight much better now.
This is not my current partner but the one I was with when I visited this amazing country. I loved Universal! I've never been to the one in Florida. Fun Fact: Universal Studios Singapore is the only Universal Studios amusement park to have a Battlestar Galactica roller coaster. Sadly, I didn't get to ride it because it was out during my visit but I did to get ride another roller coaster and it was awesome! I had jelly legs for a good five minutes!
Singapore even has a free water and lights show that I adored! I saw it twice! There was a beach that had the whitest sand I'd ever seen. It was stunning!
You're probably wondering... Carrie, why on earth are you posting this? Where did this come from? Well, little butterfly, I was reading the October issue of Condé Nast Traveler and saw what all Singapore is doing to combat Covid-19 and it got me thinking. As of December 4th, Singapore as no new cases of community spread and they imported 3 cases that they are watching. They have one of the lowest dead rates in the world. Part of that is that the country wears their masks as they should. Contact tracing is top-notch over there all through a really cool app and they have temperature checks everywhere. 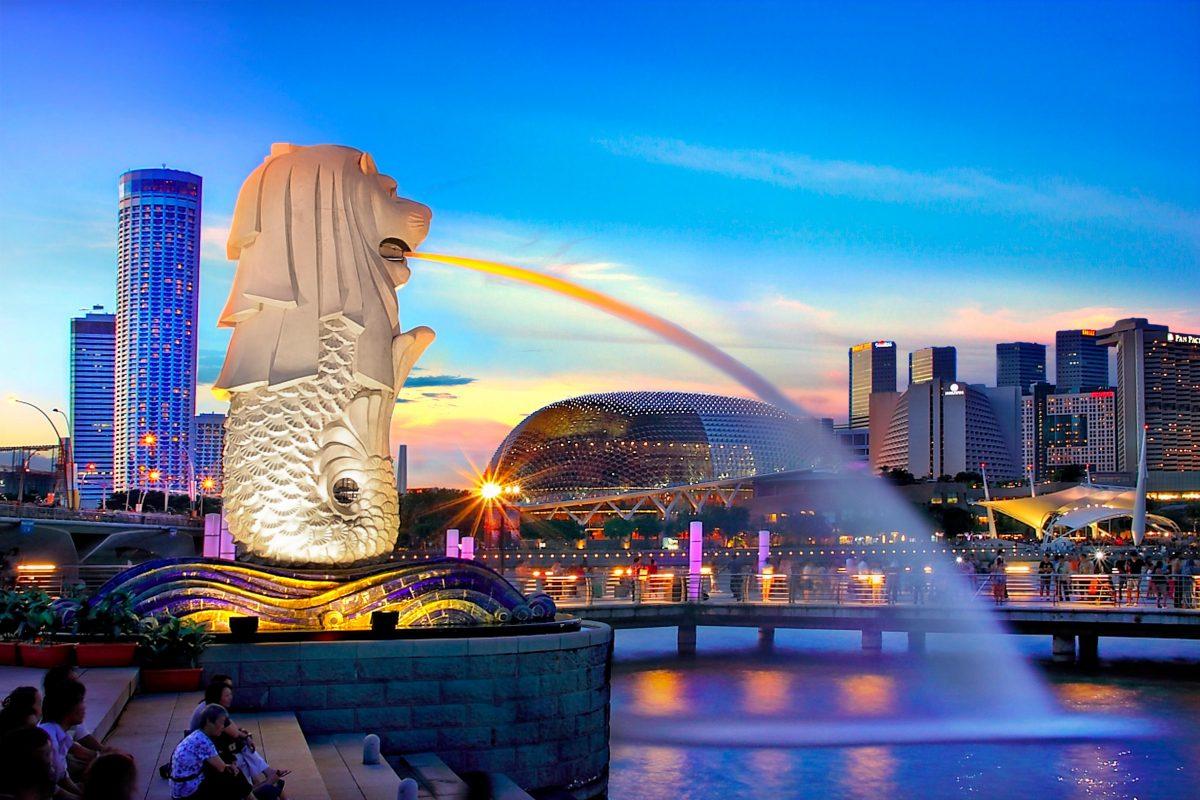 Singapore really wants to tackle climate change and the rising sea levels because they're an island and raising sea levels aren't good. They are the first country in Southeast Asia to levy a carbon tax on its largest carbon-emitting corporations producing more than 25,000 tons of carbon dioxide per year, at $5 per ton.
But Singapore isn't all sunshine and roses. Two major flaws, one of which is subjective and the other that really will bother anyone with a heart. The subjective one... it's always warm/hot! They don't get snow over there at all. It's usually around 75-90 degrees all year round. That's great if you like the heat! I don't! I want snow!
The other one... it's illegal to engage in sexual relations with the same sex in Singapore. It can lead to a two-year jail sentence. Two years just because of who you choose to be with! That's insane! I don't understand how a country so forward as Singapore can still be so far behind in such an important issue as this! I just hope that soon they will allow the LGBT to just be themselves like they deserve.
Odd Fact: Urinating in a public elevator is illegal. In Singapore, some public elevators come equipped with Urine Detection Devices that set off an alarm and close the doors when any odor or urine is detected until the police arrive.
If you want to see more about this wonderful country, I recommend watching/reading Crazy Rich Asians. The movie shows some lovely parts of Singapore.
I love to travel and sadly I've not gotten to do it much in the past few years. So I wanted to share a wonderful country with you. I might do this for some countries I want to visit if you'd been into that. Let me know!
What was your favorite place that you've ever been to? What place do you dream of visiting when it's safe to travel? That's all for today! I hope you stay safe and healthy! Happy reading!