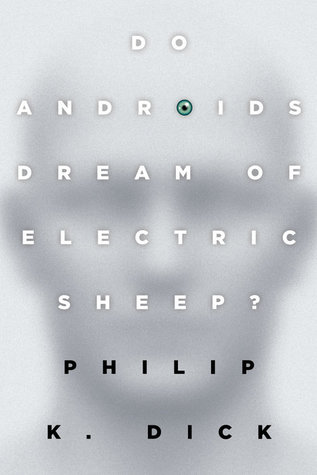 By 2021, the World War has killed millions, driving entire species into extinction and sending mankind off-planet. Those who remain covet any living creature, and for people who can't afford one, companies build incredibly realistic simulacra: horses, birds, cats, sheep. They've even built humans. Immigrants to Mars receive androids so sophisticated they are indistinguishable from true men or women. Fearful of the havoc these artificial humans could wreak, the government bans them from Earth. Driven into hiding, unauthorized androids live among human beings, undetected. Rick Deckard, an officially sanctioned bounty hunter, is commissioned to find rogue androids and "retire" them. But when cornered, androids fight back - with lethal force.

The Inspiration for the Film BLADE RUNNER.

Originally published in 1968, Do Androids Dream of Electric Sheep? remains a masterpiece ahead of its time, a prescient rendering of a dark future. Now comes a striking new edition of the classic for future fans to enjoy.

This book's set during January 2021. What better time to read this book! So I read it. I've got a lot of thoughts, so buckle in because we're deep-diving into this one.
This book mainly follows Rick Deckard, but a few other characters get a voice. Such as J. R. Isidore, a chickenhead, or special. He's been living in an abandoned apartment building for a while. Rick is a bounty hunter for andy's and he's entirely OBESSESED with animals. Honestly, most of his inner monologue is about animals. The book starts with him feeding his electric sheep while bugging his neighbor to give/sell him one of his horse's new colts.
He cares more about getting a real animal than anything else. This is fine but makes for a very one-dimensional - even boring - character. After a few chapters, he's given a task to retire six andys. He's only given this because the head bounty hunter got badly hurt and is in the hospital.
So he goes on the hunt, kills the androids pretty easily, cheats on his wife, and in the end.... still doesn't get his pet.
I understand that this book tries to convey a message about empathy and what truly makes us human. What sets us apart from other creatures or even the robots we create. Even towards the end, Deckard even wonders if he'll be able to retire any more androids after getting closer to one. But then he sees how the andy only has empathy for itself and not for any of its kind and it's something he has to work through.
But good lord did it HAVE to be so boring?! Did he have to cheat on his wife and treat her like she was less than him?! Certain quotes that I will be leaving at the end will show you how sexist this book is. Which I guess makes sense since it was published in 1968; times were much different then.
I can tell this book is written by a man because his wife never finds out. He gets to continue his life with her while trying to get a real animal. But his first 'real' sheep died, so I don't think Deckard should have anything but an electric pet. I still have no idea if androids do dream of electric sheep! But we know Deckard dreams of owning any real animal he can get his nasty little hands on.
It's not often I say, but I do think the movie was better than the book in this case. It took the theme and flushed it out while leaving out the weird parts. In the book, the androids are simply looking for a better life away from Mars and don't care about their maker or short life span. In the movie, it hits harder when we see that Roy just wanted to live longer.
There's also no super cool action scenes in here. Deckard takes care of all the andys without much effort, considering his co-worker was put in the hospital;  it makes you wonder why Decker wasn't the best.
I just felt bad for the spider that Pris and her friends cut the legs off of in the end.

1) "There, at her console, he dialed 594: pleased acknowledgement of husband's superior wisdom in all matters." - Page 7 (Yeah it didn't take long for the sexism to start.)
2) "But maybe she doesn't know how to cook, he thought suddenly. Okay, I can do it; I'll fix dinner for both of us. And I'll show her how so she can do it in the future if she wants. She'll probably want to, once I show her how; as near as I can make out, most women, even young ones like her, like to cook: it's an instinct." - Page 65
3) "I wish I had gotten rid of her two years ago when we were considering spitting up. I can still do it, he reminded himself." - Page 88
4) "Some female androids seemed to him pretty; he had found himself physically attracted by several, and it was an odd sensation." - Page 88 (After he was just talking to his wife.)