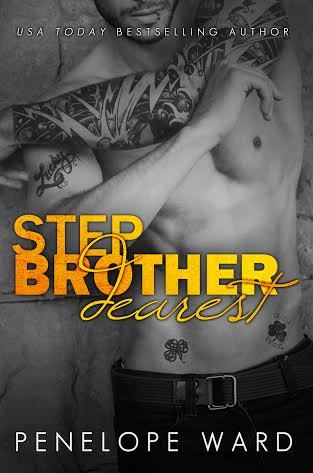 You’re not supposed to want the one who torments you.

When my stepbrother, Elec, came to live with us my senior year, I wasn’t prepared for how much of a jerk he’d be.

I hated that he took it out on me because he didn’t want to be here.

I hated that he brought girls from our high school back to his room.

But what I hated the most was the unwanted way my body reacted to him.

At first, I thought all he had going for him were his rock-hard tattooed abs and chiseled face. Then, things started changing between us, and it all came to a head one night.

Just as quickly as he’d come into my life, he was gone back to California.

It had been years since I’d seen Elec. When tragedy struck our family, I’d have to face him again.

And holy hell, the teenager who made me crazy was now a man that drove me insane.

I had a feeling my heart was about to get broken again.

I read this book way past my bedtime and then after I got up, made breakfast for the family and took care of my daughter, I was back to reading it! I just couldn’t stop!

I was nervous to go into this novel because I thought it would be a bully romance but it’s not! It may seem like it but it was really a case of the guy picking on the girl just because he likes her but doesn’t want to like her. It all fades away quickly, and he no longer picks at her. Instead, he fights his growing feelings for her but it doesn’t matter, neither can fight the pull they feel for one another and the night before Elec has to go back to California, they share a night together.

They don’t see each other for seven years until Elec’s father passes away. He’s now got a girlfriend, but he can’t escape his feelings for Greta. They fight the pull the whole weekend but it just doesn’t work out and they end up together after a few more rough patches.

I have two issues with this book. The first is there is some cheating... Elec kisses Greta while still with his girlfriend. Yes, he was on his way to breakup with her, but Greta didn’t know that and it still doesn’t make it right.

The other issue is more of a personal gripe, the book ends with a baby. I’m so tired of romance novels ending with babies. Not everyone wants a child, and I feel like this troupe is getting shoved down my throat. Not a fan.

Something I really love about this book is that none of the conflict feels pointless. No stupid third act breakup that just makes no sense.

I really liked this novel and fully recommend it! Who doesn’t love a sexy pierced and tattooed hero?