Guide to the Desperate Debutantes Trilogy by Juila London 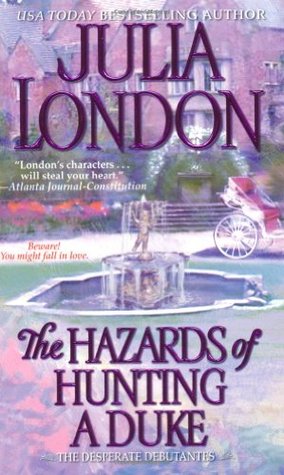 This book starts out with Ava and her sister, Phoebe, and Greer, their cousin; they are in no rush to be married because their mother/aunt wants them to make a good match and she’s loaded so... it’s all good; until she dies and their step-father/uncle takes all the money for himself and his little mistress.

He fires most of their servants and sends his horrible sister to watch over them and says that when he gets back from making sure his mistress still wants him, he’s gonna marry them off to whoever. So

Ava, being the oldest, knows that if she makes a good match, then it could save them. So she sets on sights on a real rake.

Jared and his father just can’t see eye to eye. His father wants him married and popping out children so they can keep the Dukedom going. Jared loves his mistress and doesn’t want a wife. Finally, after Ava catches his attention, he asks her to marry him to solve both their problems.

Only when they marry Ava seems to want him to love her... that was not part of the agreement and something Jared doesn’t want to give her. Will Ava get her wish for a love match?

This isn’t a perfect novel, but I devoured it. My main gripe was Ava herself. She seemed so unhappy that Jared said he didn’t love her, nor did he want to. Ava knew this going into the marriage but after they have sex, she acts like everything has changed and he has to love her. She just seemed so annoying sometimes.

This is a romance, so it has a happily ever after and I enjoyed watching these two make their way towards that end. 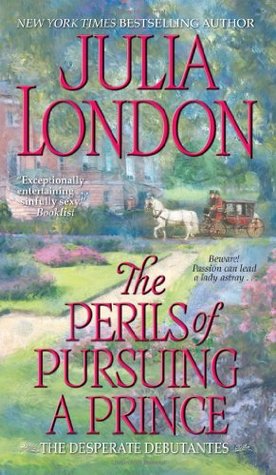 This is a Beauty and the Beast retelling! Which I didn’t know going before starting. Greer leaves her home and cousins hoping to get her inheritance to help. She sets off with a traveling companion and they gain a very charming young man as they get closer to their destination. When her traveling companion dies, she continues on with this young man.

Mr Percy is his name, and he claims he knows who has her inheritance. Greer believes him and has they travel, he tells her the prince in charge is a horrible murderer! He tells her to let him lead and everything will be okay.

When they arrive, Percy goes on and on about how vile the prince is when he doesn’t just give up the money. He also tries to seduce Greer before the Prince pays him some money to leave and not come back. He takes the money and runs.

Now Greer’s left with someone who she’s been told is a murderer and doesn’t believe she is who she says she is... how will she get her much needed inheritance from such a monster?!

I’m seeing a pattern with this author’s female characters... they seem to think they know best. Always. They go after what they want, even if it’s not always the best move. There is a place in here that everyone says she should stay away from, but she doesn’t listen. It’s a very run down, unsafe place. She even almost gets the poor man who guards the place into trouble because she just won’t stop. They are a little selfish.

But I love how much they care for each other. You could feel how much Greer missed her cousins and wished she could be with them. I love that.

What bothered me the most about Greer; she’s the smart one of the group, but when it came to Percy and the prince, she was very dumb. It was easy to see just by their actions who was vile and who wasn’t, but she never put that together while Percy was around. Just believed everything he told her.

Again, a flawed read, but I really enjoyed it. Maybe it was the booster induced fever that made me still like past all the flaws, but hey, I’d read it again. A cute little story. 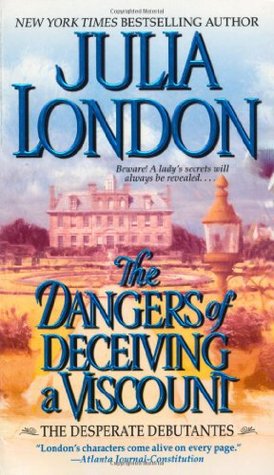 Lady Phoebe Fairchild makes dresses, and she enjoys doing it. She’s always improved her and her family’s dresses for fun and when they lose everything, she comes up with a plan to make money from it with no one knowing.

Only, someone finds out and blackmails her into going to a country house and making dresses for the Viscount there. She can’t refuse less she be ruined. So, she goes. But she never expected to fall for the lord of the estate... and for him to discover the truth.

I enjoyed this one. Phoebe reminded me a bit of a character from The Wallflower series, so I fell in love with her instantly. She’s outspoken, sure of herself, and quirky. I didn’t really like Will. He was a jerk. All he wanted was so sleep with Phoebe while getting married to someone else. He never stopped to think about how that would make Phoebe feel.

I did like how much he loved his father and tried to do right by his family. That was endearing. I hated the ending conflict and how Will reacted because he wouldn’t just let her explain and see her situation.

At least it ended in a happily ever after. Overall, this whole series was pretty middle of the road. Entertaining but forgettable.