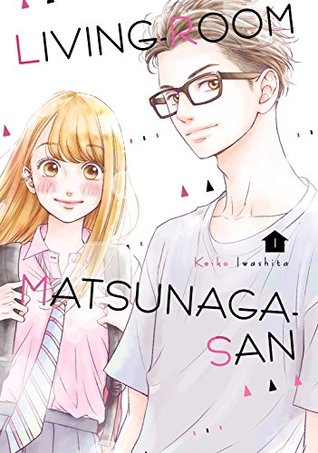 It’s been a long time since I’ve reviewed any manga on here! To be honest, it’s been a while since I read any manga. I love manga, but I read so fast that I feel I can get through a volume in like 30 minutes... and when a series runs for 11 volumes at about $13 for each one; it adds up.

So I usually just have to relay on my library and they rarely have what I like to read and scans are so unreliable. BUT, I could find all the volumes that are out right now at my library! I read them all in two days!

And because I was so hooked, I looked the other two volumes up online as scans. I don’t feel so bad about it because this series is one I’m going to buy and read repeatedly.

It’s not perfect by any means. There is a very large age between the Meeko and her love interest. Which isn’t bad... but she’s underage; in high school. He’s a grown adult.

That part really messed with my head, but I tried to remember that not only was it fiction, but other cultures differ from ours and have different standards for things. So I let it go. It wasn’t like they were having sex... he barely even kissed her and told her they wouldn’t even officially together until she graduated high school. So I mean... that’s good...

The art is simple and beautiful! I love everything looks realistic, nothing crazy as seen in a lot Shonen manga. I like that! I always prefer more Shojo styles. They are softer and more romantic.

This series is very slow moving between our two main characters, so to make up for this, we get little side plots between other characters that live in the boarding house and I really enjoyed these! I fell in love with these characters and it hurt when they finally moved out of the house. I felt Meeko’s pain at being left behind.

The mangaka did such a great job at making these characters feel real and I loved Meeko got to see that even though they are all adults; they don’t have their shit together like teenagers often assume.

This is a cute manga that hooked me. I couldn’t stop reading. I still feel that Ryo-ken deserved better than what we got, but not all endings can be happy, I guess.

If you like manga, or are thinking about diving in, this is easy to adjust to and sweet as can be.