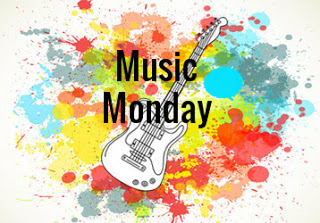 This meme is hosted over at Always Me
I remember hearing it when my father would turn on the oldies station in the car. I really liked it. It was a sweet song and I’ve always been interested in piano driven music. Maybe it was where I forced to play piano as a kiddo. No, I remember nothing about it. I can’t even read music. Wish I could! I’d love to play now!
Anyway! Back to the music. I was looking for artists to feature for Pride that I’ve not done before and found out that Vanessa Carlton actually came out as bi back in my hometown of Nashville in 2010.
~~~~~~

"'It was two female fans who inspired the 35-year-old singer-songwriter to come out as a "proud bisexual woman" during a 2010 performance at Nashville Pride.

When she spotted the couple in the audience, Carlton said she "felt their pain, in a way," and felt inspired to come out on the spot.

"I wanted to connect with them," she said. "I wanted them to know I understood."

Carlton said the declaration hasn't had a major impact on her music "one way or the other." Still, she added, "People that are really struggling with their sexuality will feel comfortable talking with me about it, or they'll be like, 'Thank you.'" - HuffPost

So let's jump into these songs! Let's start with the one that got super popular back in 2002.

That's it for this week! Let me know which one you enjoy the most! I hope you have a great week and stay safe!