I've been lurking around your blogs for a few hours today and trying to catch up but I doubt I will. I've just missed so much! Sorry!

Today, I'm feeling a little bit better so I thought I would update you guys, since I've not blogged any in two weeks. The posts you've seen since then are just ones that I had scheduled for a while. I'm on the hunt for an anxiety medicine and had a really bad reaction to one my doctor put me on. I'm currently on steroids for a week to help that reaction.

Also, my grandma passed away recently and I've been trying to deal with that and help my family. They are really having it rough right now and it's been killing me trying to help them.

Then there's stuff with my kiddo.

So yeah, I've been gone for a bit and dealing with things. I'm really hoping to get straightened out and get back to normal because this has been a sucky time.

Onto something bookish! I did manage to finish a book before everything kinda exploded. Let's talk about it! 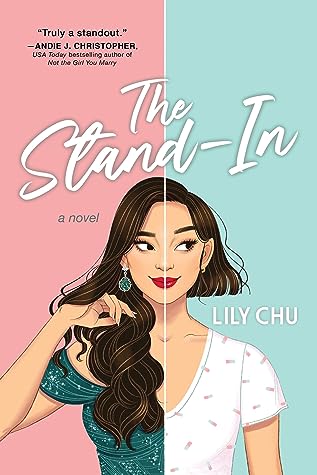 Gracie Reed is doing just fine. Sure, she was fired by her overly "friendly" boss, and yes she still hasn't gotten her mother into the nursing home of their dreams, but she's healthy, she's (somewhat) happy, and she's (mostly) holding it all together.
But when a mysterious SUV pulls up beside her, revealing Chinese cinema's golden couple Wei Fangli and Sam Yao, Gracie's world is turned on its head. The famous actress has a proposition: due to their uncanny resemblance, Fangli wants Gracie to be her stand-in. The catch? Gracie will have to be escorted by Sam, the most attractive—and infuriating—man Gracie's ever met.
If it means getting the money she needs for her mother, Gracie's in. Soon Gracie moves into a world of luxury she never knew existed. But resisting Sam, and playing the role of an elegant movie star, proves more difficult than she ever imagined—especially when she learns the real reason Fangli so desperately needs her help. In the end all the lists in the world won't be able to help Gracie keep up this elaborate ruse without losing herself...and her heart.

I thought this was a romance book, but it’s not. It’s more women’s fiction as the romance takes a backseat and to top it all off... it’s not spicy at all! A fade to black scene is all we get.
So what is this book about? It’s about a girl who won’t stand up for herself getting abused by her boss, a girl that keeps hoping to get more money to move her mother into a better home that will help with her dementia. It’s about a girl gaining confidence and working to stand on her own two feet. It’s about a girl that grows into a stronger and more capable person. Who then gets a boyfriend on the side? A hot super famous actor boyfriend.
The plot twist was easy to spot from a mile away, but it was sweet none the less. It’s very well written and made me cry a lot because my grandma suffered from dementia before she passed away a few weeks ago. So honestly, this novel is heavy and while it wasn’t for me. It’s not a bad novel. If you like harder hitting novels, then you’ll love this, but if you’re like me and are too sensitive, I’d pass.

That's pretty much it for this post. I will try to be around more this week but no promises as I'm still getting better and coming to terms with the passing of my grandma. I hope you have a great week!